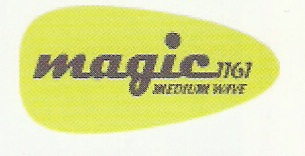 In the next and final post what’s going on over on FM.
Posted by Andy Walmsley at 09:00 No comments:

They just can’t keep a good man down! Dick Barton returns for his latest ‘live’ adventure this weekend.


This information comes to me courtesy of Charles Norton:


There's a new production of Dick Barton - Special Agent being recorded in Leicester. Tim Bentinck (David Archer in The Archers) is going to be the new Dick Barton. Terry Molloy (Mike Tucker in The Archers and Davros in Doctor Who) is his right-hand man, Snowy White and other cast-members include Lisa Bowerman, Barnaby Edwards, David Benson and Nick Scovell.

On Sunday 16th June, they'll all be assembling at the Y Theatre in Leicester to recreate an 'as live' radio recording session, as it would have been back at BBC Maida Vale Studios in early 1951.

The new recording is being made for BBC Audiobooks/AudioGO and will be released later in the year. However, before that, we've got around 300 tickets to sell to the recording itself. The entire show is to be performed with a studio audience.

The audience will get to come to the theatre on the night of the recording and see the whole programme recorded live. We're using period ribbon microphones and recording equipment and copies of the scripts from an original 1951 Dick Barton serial. We'll be recreating it on the stage, all as close to how it would have been first time round, as is practically possible. Spot effects will also be created live and the music will be played in as we go. If anyone would like to pop along to a 1950s BBC radio drama recording, this is their chance.