Question: When did a papal intervention change the course of BBC history? The answer, when Pope John Paul II visited the UK in 1982 and led to the opening, one year early, of BBC Radio York.

In reality it was a transient affair, just a little over 24 hours to allow coverage of the Pope’s visit to the Knavesmire, the racecourse at York, on Monday 31st May 1982. The Radio Times described the arrangements for the radio station as follows:

For the benefit of the citizens of York and over quarter of a million pilgrims expected to converge on the Knavesmire Racecourse, BBC Radio York is being opened up for a day – a year early. To cover the papal visit a team of experienced local radio staff are broadcasting on a temporary transmitter for which the Home Office has given special permission. BBC Radio York goes on air at 6.0 pm on Sunday and will broadcast its own coverage until 9.0 pm on Spring Bank Holiday Monday.

Radio York’s coverage was transmitted on 666 kHz, or 450 metres, only and sounded a bit ropey 40 miles away in Goole where I recorded this tantalisingly brief snippet.
Radio York 300582

Here Are the Results of the United Kingdom Jury 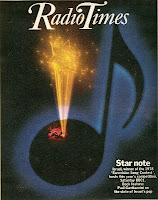 The Eurovision Song Contest exists in its own musical bubble, long since divorced from any pop music you’ll hear on the radio (was it ever?). And as for the voting, with all the block voting and old alliances it’s just as enjoyable, perhaps more so, than the efforts of the singers.

For many years the voices of Eurovision in the UK were Radio 2 colleagues Terry Wogan, Ray Moore and Colin Berry.

Colin was spokesman for UK jury at Eurovision over 25 years from 1977 to 2002, as well as popping up on the Song for Europe shows. In an exclusive look behind the scenes I asked Colin if he’d reveal some of the secrets of the jury room.

In the mid-70s the role of jury spokesperson had been in the capable hands (voice?) of Ray Moore but when he was asked to take over the Radio 2 commentary Ray suggested Colin’s name to the producers.

The number of jury members tended to change over the years, in particular once BT televoting started. Colin recalls that “we had to have a smaller jury just in case the lines went down, but the jury votes never got used in my time. The figure sixteen sticks in my mind during the jury voting years. The jury was a cross-section of ages from 16 to over 60, from all walks of life. Many were selected from viewers who wrote in, or staff who had neighbours interested and so on.” If the jury vote was tied there was a show of hands for the disputed entry. As spokesman Colin didn’t get a vote but did have the casting vote on A Song for Europe “if it came into play…it didn’t!”

On the day of broadcast the jury were assembled at Television Centre were they would watch the afternoon full dress rehearsal and there was a chance for them to hear any of the songs again if they wished. In the 70s and 80s the London end was under the control of Light Entertainment Organiser Tony James. Tony, who Colin thought “was a great ambassador for the BBC and did everything with great finesse.” He made sure that the jury members were well looked after, that all the introductions were made, providing a waitress-service dinner and having studio tours during breaks. When Tony’s team left in the 90s it was all “clipboards and vouchers for the BBC canteen.”

During the contest itself Colin also had a monitor and a lip-microphone should “Wogan’s line vanish and there was a need for me to continue commentary. It never happened, but got within thirty seconds of it one year.” 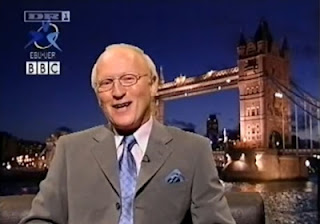 When it came to announcing the UK decision there was an agreed script but “as the years passed I deviated a bit to make it less formal. Others did too eventually, but they tended to overdo it sometimes, building up the part.” You can hear Colin’s first announcement back in 1977 on this recording at 1:46:00:

﻿
And his last appearance in 2002 by which time the event was twice as long. (The YouTube video of the fill contest has now been taken down but this is part of the voting):

In 2002 the Beeb acknowledged Colin’s 25 years in the role and so threw him a lunch and presented him with a BBC inscribed microphone but at the same time they let it be known that changes were planned for the following year (as it transpired in the form of Lorraine Kelly) and that he’d no longer be required. This was despite supportive words from the King of Eurovision Terry Wogan who started his after-lunch speech by saying "I don't know why you’re getting rid of yer man....if it ain't broke why mend it?"

Mind you Colin’s relationship with Eurovision didn’t end there. Keeping it in the family, his daughter Marina made a bid for a place in the 2010 final as part of the girl group Miss Fitz. They didn’t get through to Oslo; the UK was represented by Josh Dubovie (who?) who came 25th.

So what does Colin think of this year’s UK entry from Englebert Humperdink? “I would be very surprised if he clinches it for us,” he told me. “We are running out of ideas to put us in the running. You just can't shake off the political voting I'm afraid”.

After 25 years closely watching Eurovision Colin has his favourites. Of the winners he loved Take Me to Your Heaven by Charlotte Nilsson.

Of the ones that “got away” Colin felt “there was a huge voting mistake one year in the 80's on Song For Europe. Amongst the six suggested songs was So Do I from Mike Redway and Fiona Kennedy. It would have stormed Eurovision, but the regional juries put it in 6th place!”

The Eurovision Song Contest is broadcast this Saturday at 8 p.m. (UK time).﻿

Posted by Andy Walmsley at 09:07 No comments: 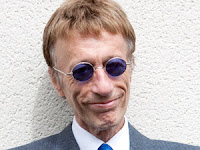 As a tribute to Robin Gibb here are The Bee Gees twenty one years ago in conversation with Nicky Campbell. As well as chatting to Nicky you’ll hear Robin, Maurice and Barry sing exclusive live versions of some of their best known hits. 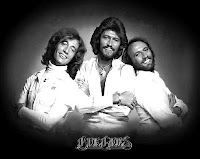 The programme The Bee Gees – Fraternally Yours was first broadcast on Radio 1 on 1st January 1991. This is an edited version.

Posted by Andy Walmsley at 01:01 No comments: 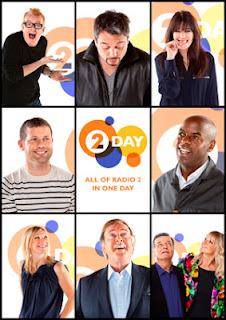 Oh dear! “Virtually unknown”. “Housewife”. Well only if you ignore the fact that Sandi had been broadcasting for the previous decade and had hosted one of the most popular and longest running shows on British radio. Why she even had her own jingle!
Sandi Jones 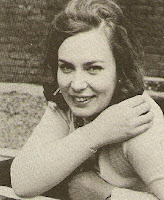