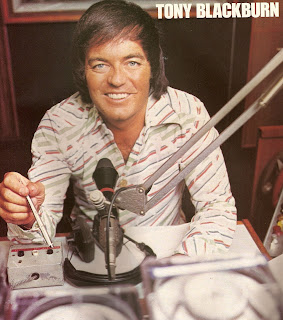 After bobbing about in the North Sea for three years on the Mi Amigo and the Galaxy, in May 1967 Tony got the call from his agent Harold Davison to report to Broadcasting House.

Tony takes up the story:
And so that was why a day or two later I had my hair cut, changed out of my jeans into a sober suit and tie and for the first time crossed the threshold of the BBC. I had an appointment to see Mark White, an executive with a real, old-fashioned BBC title as ‘Assistant Head of the Gramophone Department’. I was so nervous and he was so charming that I remember calling him ‘Sir’.

Mark White told me I had come to his attention because he had listened to the pirates and admired my breakfast show on Radio London. For that reason the BBC would pay me £20 per week to present Midday Spin and if I came up to his expectations I would be the DJ to have the honour of launching Radio 1. I couldn’t believe my good fortune and all I could say was, ‘Are you really sure I’m the person you want? I talk a lot of nonsense about my knees’.

So Tony joined the Beeb to host Midday Spin on the Light Programme (a programme that didn’t actually start at midday but at quarter past the hour) sandwiched between Melodies for You and Parade of the Pops. Of course his try out was successful and Tony opened up the network on 30 September 1967 with what the Radio Times billed as a Daily Disc Delivery.

More on Tony in future posts but in the meantime here’s another clip from the BBC2 series DJ Heaven as broadcast on 9 October 1993:

Notice 11 November 2014: It seems that the above clip of DJ Heaven has been blocked in the UK by YouTube. Sorry about that.
Posted by Andy Walmsley at 16:26