Stop the World with Francis Matthews 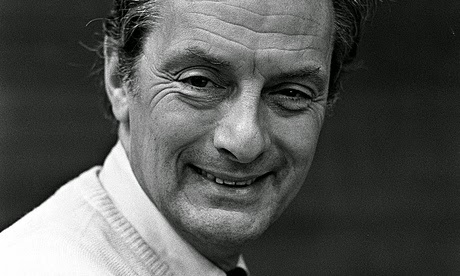 One of the lesser-known programmes in the Francis Matthews CV is the Radio 2 comedy series Stop the World.


Actor Francis Matthews, who sadly died over the weekend, starred in four series of the show that promised to uncover “amusing and bizarre stories from home and abroad”.  Essentially he linked comic skits and one-liners based on stories culled from the world’s press. The style, if not the content, was not dissimilar to the Trends section of Round the Horne; there was even a radio announcer taking part in proceedings, this time the by now retired Ronald Fletcher.
Also assisting Francis were Sally Grace, later a Week Ending regular, actor David Timson and, doing his first radio work, singer-songwriter Richard Digance.


Stop the World ran between 1979 and 1983 and was a follow-up to the not dissimilar Offbeat with Braden (1978) which perhaps explains the presence of Ronald Fletcher, the regular announcer in Bernard Braden and Barbara Kelly’s 1950s comedy series Breakfast with Braden (and later Bedtime with Braden).
This recording is episode four of series two and was broadcast on Sunday 2 November 1980. The producer is Alan Nixon. The programme announcer doing the topping and tailing is Tim Gudgin. Listen out for Francis Matthews doing his Cary Grant impression, the basis for his Captain Scarlet voice.