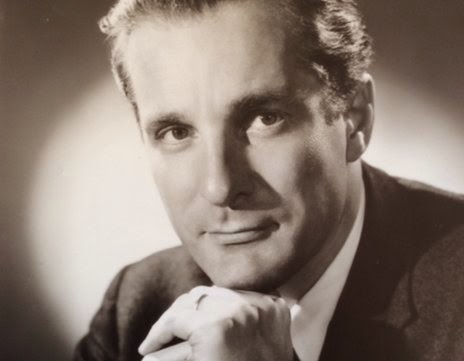 One of the BBC’s longest serving foreign correspondents during the 50s, 60s and 70s, Ian McDougall, has died recently at the age of 94.

In reporting the news Ariel recalled that:


McDougall joined the Corporation in 1948 after serving in the Intelligence Corps and seeing active service in Italy. A year later, at the age of 28, he became the youngest foreign correspondent the BBC had ever appointed when he was posted to the Paris office.

He went on to file an estimated 1200 reports for Radio 4 and World Service from more than 40 countries across four continents, enjoying long-term postings to Vienna, Berlin, Africa, the Far East, Belgrade, Bonn and Brussels.

On reaching 60, he took on the role of editor and presenter of Radio 3's Six Continents, which examined news from the communist world and the Middle East, remaining with the programme for seven years.

Finally retiring from the BBC in 1988 after 40 years, McDougall became a tutor and lecturer at Oxford University, specialising in Russian politics and history.


In fact Ariel is probably way understating the number of reports he filed, the number is nearer 14,000.

Six Continents was introduced in September 1979 as part of a Radio 3 schedule shake-up by incoming controller Ian McIntyre, something of a departure for the mainly music based network. The idea was to provide news analysis of world events based on output from the BBC’s Monitoring Service. 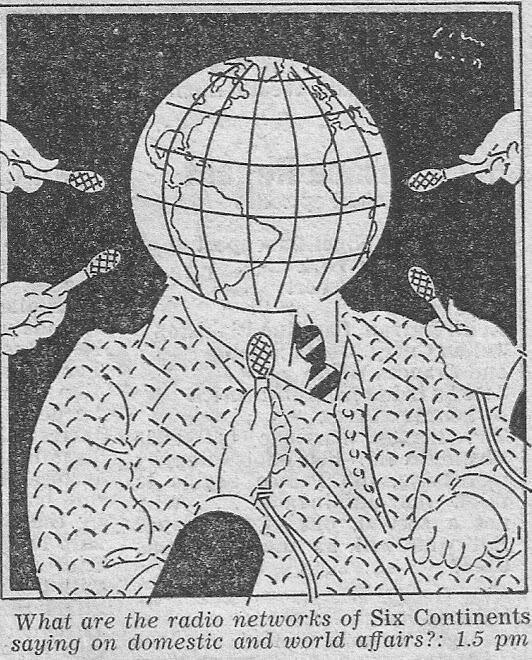 Writing about the programme for the Radio Times in 1979, Mike Phillips recalled that “the Monitoring Service began at the start of the war years as part of the BBC’s war effort and has recently seen its 40th birthday. At Caversham there are over 100 monitors listening to the output of radio stations broadcasting in over 40 languages. The BBC World Service, the Foreign Office and as number of newspapers and commercial agencies use the product of Caversham’s work but so far there’s been no regular service direct to the public”.

There are no recordings from the foreign radio broadcasts, the extracts here are read by Clifford Norgate, Sean Barrett and Susan Denny. The producer is Adam Raphael who, I assume, is the journalist who at the time was political editor for The Observer. (I assume incorrectly, see comment below).

Your assumption that Adam Raphael was the Observer journalist is misplaced. This Adam Raphael, now sadly deceased, had his roots in Bush House.