Radio on Record – I Love My Radio 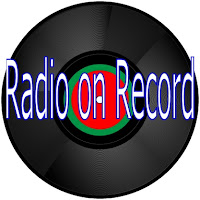 I see that tonight's Top of the Pops repeat on BBC Four plays out with Taffy's I Love My Radio (Midnight Radio). This generous slab of Italo disco was the work of the renowned Italian producer Claudio Cecchetto. The repeated chorus of "I love my radio, my midnight radio", sung by Deptford-born Katherine Quaye, aka Taffy,  would guarantee radio play and the flip side of the 12" even included nine radio jingles. 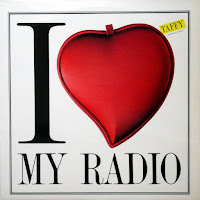 First released in 1985 it eventually charted in the UK in February 1987, reaching number 6. The UK version was remixed as I Love My Radio (Dee Jay's Radio) because, as the Wikipedia entry rather prosaically explains: "as very few radio stations in the UK broadcast after midnight in the 1980s, this reference in the record was changed." Nonetheless the cover credits numerous European, mainly Italian,  radio stations as well as a few UK ones including Capital, Piccadilly, Clyde, City, Chiltern and London.

Email ThisBlogThis!Share to TwitterShare to FacebookShare to Pinterest
Labels: Radio on Record

I'm sure that Wikipedia's giving American nationality to Taffy is a mistake.

Thanks Billy. Deptford indeed, and I see that Wikipedia has been amended, as has my post.