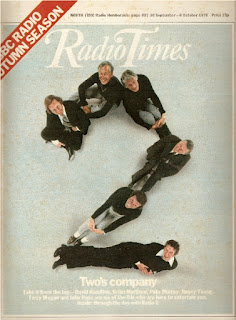 My first memories of listening to Radio 2 are those Sunday lunchtimes when Family Favourites, Michael Aspel hosting I seem to recall, was on the family Grundig wireless set. Yes, families really did have the radio on during the day and all sat down at the table for a meal, hard to believe I know. It was that and the comedy shows that followed with The Clitheroe Kid being a particular favourite- goodness knows why when I listen back to it now. 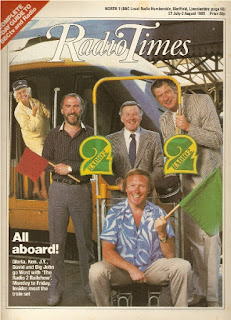 By the time I'd become interested in radio in the mid-70s I was fascinated by the way the station started each day: the test tones, then silence, the announcer - Colin Berry on weekdays and Tom Edwards on Saturday - playing the In Tune with You jingle ("the music's all here and waiting to spin, as we start to get ready to brighten your day") and welcoming listeners on 1500 metres long wave, 247 metres medium wave and stereo VHF. 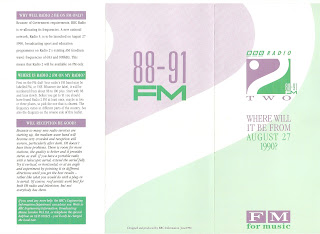 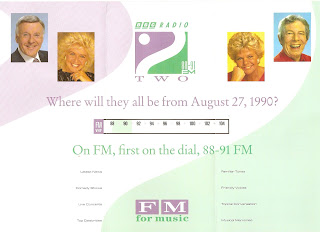 I consumed as much of the station as I could even tuning in to those shows featuring the radio orchestras, I still have a couple of tapes with music arranged and conducted by Alyn Ainsworth for the Radio Orchestra. For years I was obsessed with tracking down a recording of Count Basie's Nice 'n' Easy, the theme for The Late Show, it was only when Amazon came along that I was able obtain the CD and hear the full track. 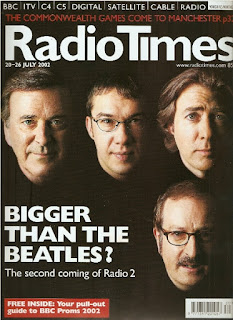 Little did I think that decades later some of those recordings I made of the station's output could be shared with the world via this blog. I know I can't possibly hope to communicate fifty years of Radio 2 in fifty minutes (actually fifty-two) but this is my audio tribute to mark the station's golden anniversary. It doesn't aim to be a comprehensive, the clips you hear, and most apart from some very early ones are mine, are what I could lay my hands on during three editing sessions earlier this summer. Enjoy this audio soundscape from Paul Hollingdale to Simon Mayo.

"My first memories of listening to Radio 2 are those Sunday lunchtimes when Family Favourites, Michael Aspel hosting I seem to recall, was on the family Grundig wireless set. Yes, families really did have the radio on during the day and all sat down at the table for a meal, hard to believe I know."

Excellent and much of it from when Radio 2 was good. I can no longer listen to it I'm afraid.
Nice to hear the great Benny Green - do you have the full episode?