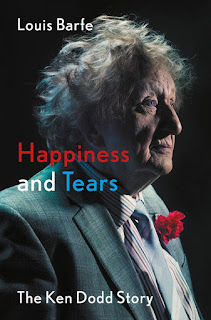 Posted by Andy Walmsley at 13:00 No comments:

The Week in Westminster 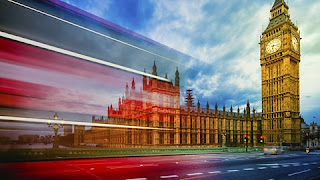 On 6 November 1929 listeners to BBC radio heard the first ever programme to analyse the workings of Parliament. The 15-minute scripted talk billed as The Week in Parliament was the first in a new series to be presented by woman MPs and aimed at women voters. In the words of its producer Marjorie Wace the notion was to have "a woman MP to give a simple explanatory talk on the week in parliament, every Wednesday morning at 10.45; a time we find most busy woman can listen best when they have their cup of tea."

The Director of Talks, Hilda Matheson, outlined the idea behind the series: "It occurred to me that it might help to stimulate a greater interest in parliament if during the session weekly talks were given by one or two women members of Parliament who would give a simple account of the week in Westminster. I believe that this would help perhaps to bring home to listeners that they had a stake in the Government of the country and that what was done there did concern their lives and futures."

From those humble beginnings the programme, re-titled The Week in Westminster in 1930 has been running during parliamentary sessions ever since making it the world's longest running political programme.

That first talk was given by Labour M.P. Mary Hamilton in a programme billed as "the first of a series of weekly talks on the week's proceedings in Parliament, to be given by women M.P.s. Mrs. Mary Agnes Hamilton is, of course, M.P. for Blackburn. Many listeners will remember her talks when she was the B.B.C. book critic".

Further talks in the series in the 6 week series were given by Scottish Unionist M.P. Katherine Stewart-Murray, The Duchess of Atholl and Independent M.P. Eleanor Rathbone as well as Mary Hamilton.

The series returned to the air on 5 February 1930 as The Week in Westminster again with women M.P.s Ellen Wilkinson, Lady Astor and the first Welsh woman M.P. Megan Lloyd George (who appeared on the programme up until the mid-60s) and later Gwendolen Guinness, the Countess of Iveagh, Edith Picton-Turberville and controversially, at least in retrospect, Lady Cynthia Mosley.

The talks continued to be heard mid-week in the late morning with the Radio Times advocating them as primarily intended for " unemployed groups" but also commanding  "wide attention among other listeners because of its topical interest".
Throughout the thirties male MPs were increasingly heard with only Megan Lloyd-George now offering the female perspective. Amongst those appearing were William Morrison, Clement Atlee, Robert Boothby, later a stalwart of the post-war Any Questions? panel, Frederick Watkins, Richard Acland, Ronald Cartland, Wilfrid Roberts, Fred Marshall and Quintin Hogg.

With the outbreak of the Second World War The Week in Westminster took a break until May 1941 when it was re-scheduled to Saturday evenings. Lloyd-George was told to keep the programme lively as it came at "a favourite listening time immediately preceding a highspot variety programme known as Oi". [A Flanagan and Allen variety show]. One of the programmes' producers during the war was Guy Burgess who used the contacts he made with politicians and journalists to secure a job at the Foreign Office and further his Soviet spying activities.

The Week in Westminster continued on Saturday evenings for the next 25 years with over 100 MPs appearing in the studio. The pre-war rota system which limited the number of speakers in any session was abandoned after 1945 "in order to infuse new blood". However, few woman MPs were given the opportunity to broadcast with perhaps Barbara Castle being the best known of the handful that did make it. Other noteworthy names from the post-war era include Woodrow Wyatt, James Callaghan, Peter Thorneycroft, Manny Shindwell, Richard Crossman, Enoch Powell, John Profumo, Denis Healey, Tony Benn, Bill Deedes, Jeremy Thorpe, Chris Chataway, Brian Walden and Roy Hattersley.

From January 1967 producer Bernard Tate had determined a different approach "to fit in with the modern developments in current affairs reporting", probably alluding to the more rigorous reporting on programmes such as The World at One on the Home Service and BBC1's 24 Hours, both of which had started in 1965. Now the programme would, instead of a single speaker,  have "interviews and discussions by several MPs under the guidance of a political journalist or presenter". The aim remained to "give a balanced account of the week's events in Parliament" and to still be "primarily the backbenchers' programme."

The other major change was the shift to Saturday mornings, were the programme has remained ever since. Well almost. It was shunted off to Thursday nights from April 1998 to July 1999 at the behest of incoming controller James Boyle. The proposed change of day was even mentioned in the House of Commons with a motion tabled expressing dismay and that the "change would cut the number of listeners by half and reduce the value of the programme as an over-view of the whole Parliamentary week." After further pressure from MPs and listeners alike it was moved back to Saturday.

The first presenter under the new format was Ian Waller, political correspondent at the Sunday Telegraph followed by Robert Carvel of the Evening Standard who remained the main chairman for the next 20 years. Carvel, a newspaper journalist since the fifties, has already made regular broadcasts on The World at One and was seen as a potential replacement for William Hardcastle but he remained with the Standard until his death in 1990.

A large number of political correspondents have appeared since, mostly drawn from the heavyweight newspapers and the New Statesman. (Complete list below). From late 1970 and 1977 the programme was sequenced together with From Our Own Correspondent and The Weekly World under the title Saturday Briefing. Only after the start of radio broadcasting of Parliamentary proceedings in April 1978 could the programme include any actuality of what was under discussion.

The two longest serving presenters are Peter Riddell originally working for the Financial Times and then The Times who was regularly heard between 1983 and 2011. His final edition is available here.

Next is Steve Richards of the New Statesman and later The Independent who's been on the programme since 1997. The pool of potential presenters has shrunk in recent years and the current team includes Peter Oborne, George Parker, Anne McElvoy, Paul Waugh, Tom Newton Dunn, Isabel Hardman and Anushka Asthana. Online news sources are now represented with Paul Waugh working for the HuffPost UK and previously Jim Waterson of Buzzfeed (now at The Guardian).

Week in Westminster (the definite article was dropped from the title in 2003) continues today, though it'll be taking a short break for yet another general election.  Never has Westminster being more in focus; I'm not sure I've ever watched or heard as much coverage from the House of Commons as in the last two years. The political turmoil and the polarising of the political debate means the programme is as important as ever, offering a more considered, less frenetic reflection on events in Westminster than the rolling news services provide.