Can you tell your frequencies from your wavelengths? Here’s help from the Ladybird book How It Works: Television. 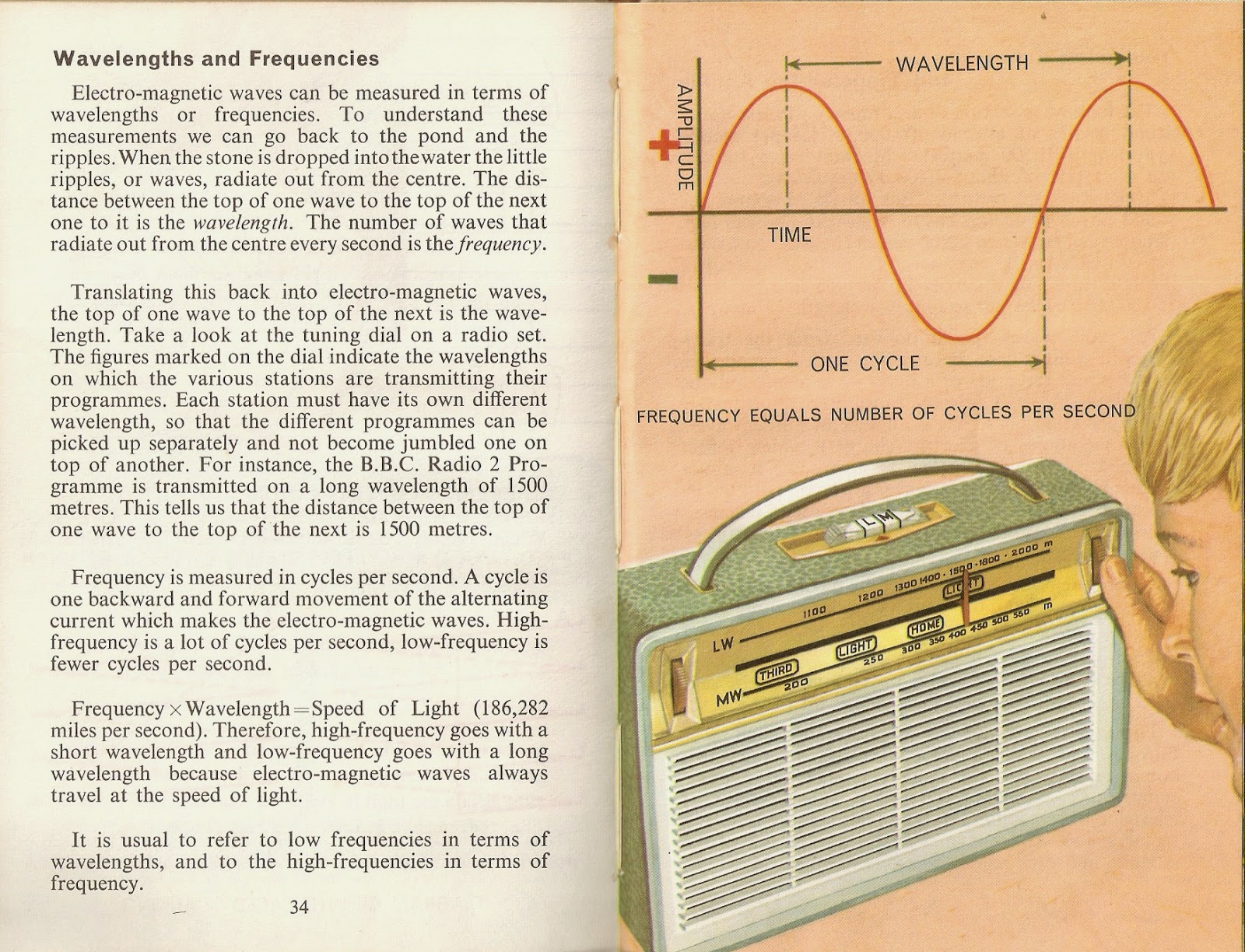 Published in 1968, I’m guessing, from the stations on the radio dial, the artwork was commissioned the previous year. The text was written by David Carey. The illustration is by B.H. Robinson.
Posted by Andy Walmsley at 10:00 No comments:

Ross on the Radio 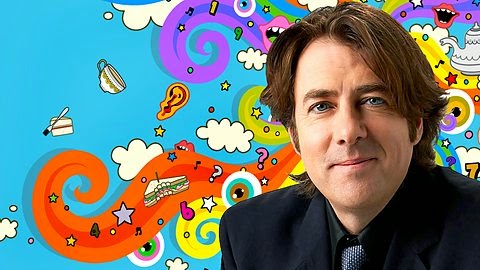 I wonder if Bob Shennan had to complete extra compliance paperwork to get him back on-air? Yes, it won’t have escaped your notice that Jonathan Ross is making a (brief) return to Radio 2 this week, sitting in for Wrighty.


Looking back I’d forgotten that Ross did his Saturday morning show for about 11 years – not a bad run. In fact his radio pedigree goes back even further, to the summer of 1987, when he stood in for a holidaying Janice Long on Radio 1. This clip comes from 22 June 1987, where Jonathan seems unduly concerned about his thumb.


There were other Radio 1 appearances on Singled Out and My Top Ten and contributions to Radio 4’s Loose Ends. Then in 1988 Jonathan was part of the launch team for the overnight Super Station. This clip comes from 23 October 1988.


Wanting to re-create The Last Resort for the radio he was asked to bring a chat show to Radio 1. The Jonathan Ross Radio Show ran for 13 weeks in the spring of 1990 with a script co-written by Danny Baker, music from Victor Lewis-Smith and guests such as Hugh Laurie, Jools Holland, Punt and Dennis, Reeves and Mortimer and Jo Brand.
Ross didn’t return to the radio until 1998, this time on Virgin 1215 and then the following year there was the start of the Radio 2 Saturday morning shows. From about half-way through the run comes this programme from 23 October 2004. I’ve edited out the music from this 3-hour show, aside from a live acoustic performance by Graham Coxon, and it still runs at one hour and 20 minutes: he really did like the sound of his own voice!


It’s the usual mix of stream of consciousness, banter with producer Andy Davies and a quiz that sounds like it was made up during the show, and possibly was. Alongside Graham Coxon, the guests are Julian Clary and Russell Watson.
Posted by Andy Walmsley at 10:00 No comments:

Last weekend we heard the sad news about the untimely death of Mike Smith. ‘Smitty’ hadn’t been heard regularly on the radio for nearly a quarter of a century. But as the presenter of the breakfast show on both Capital and Radio 1 his time as DJ was fondly remembered.


There are tributes from Mike Read, Johnny Beerling and others on this week’s Radio Todaypodcast and on this week’s Last Word.  You’ll find a couple of clips from Mike’s shows on Radio 1 over at Aircheckdownloads.com.
From my own archive comes this Radio 1 lunchtime show from 12 March 1984. There’s the Day-to-Day Challenge with Julie from Rhyl, a bit of chat with newsreaders Frank Partridge and Andrew Turner and some great 80s music. Listening back what does come across is Mike’s warm, professional style and one is struck by the clarity of his voice. This is a full hour with the music intact recorded on MW only in the days before Radio 1 had an FM service.

The Home of Radio 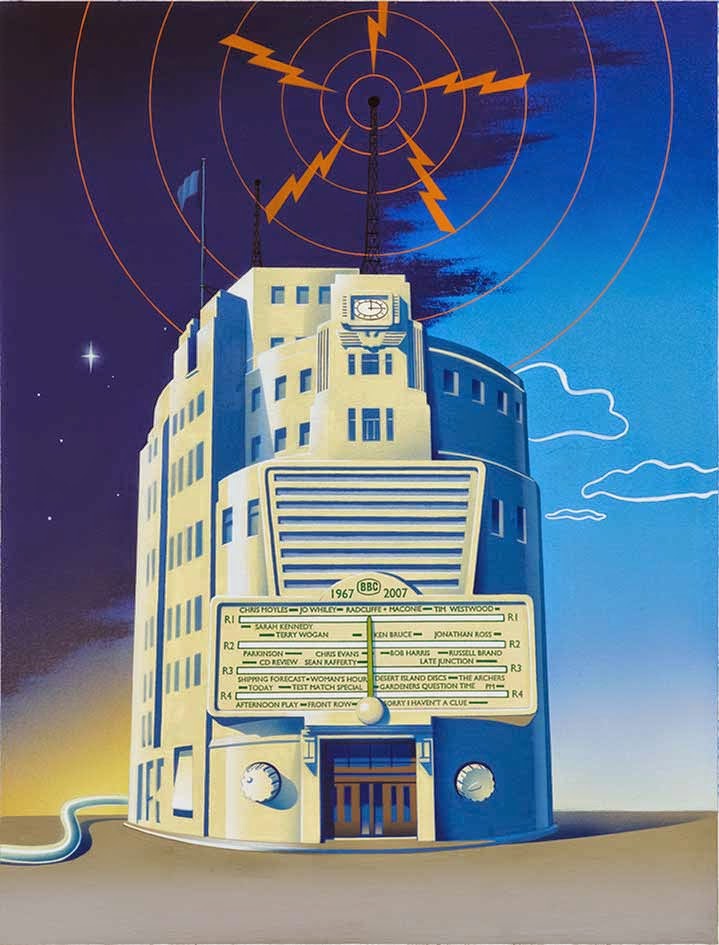 BH. Broadcasting House. How the BBC love their initials and love to tell us about their buildings. And the home of radio has had more than its fair share of programmes about its history and what goes on behind that famous façade. 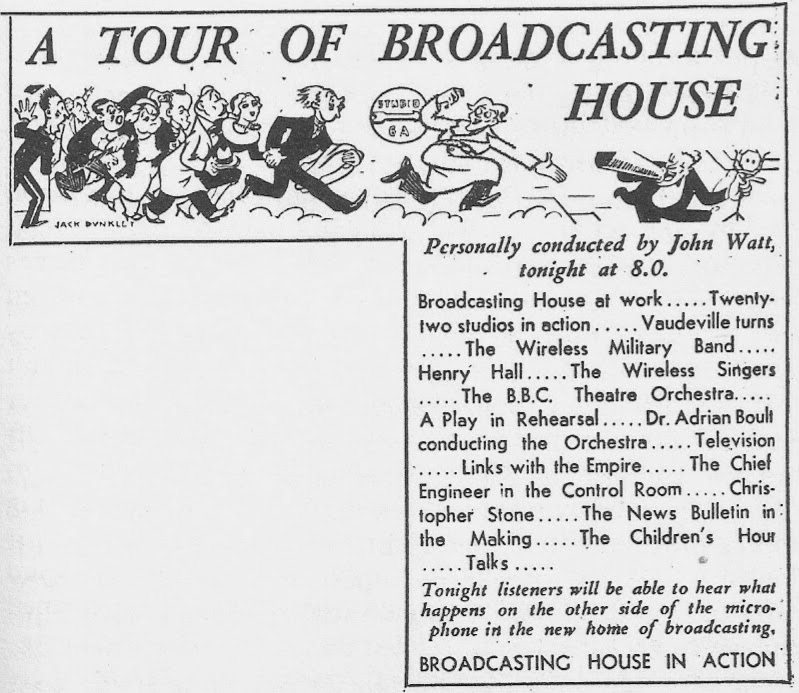 Within months of its opening in 1932 John Watt was offering A Tour of Broadcasting House. I’ve already posted about The Second Tower of Babel narrated by Wynford Vaughan-Thomas in 1982. From 1997 comes this BBC2 documentary One Foot in Broadcasting House in which historian and broadcaster follows one day in the life of the building. There’s a rare chance to hear part of George Posford’s specially composed music composed for the opening  and we hear some fascinating anecdotes about that famous Prospero and Ariel statue. The programme was broadcast on 7 November 1997.

In 2006 Sir David Hatch returned to BH for an edition of Radio 4’s The Archive Hour. This programme, The Home of Radio, was broadcast on 18 March.

For that week’s Radio Times Sir David Hatch recalled his time at Broadcasting House and wrote this article: 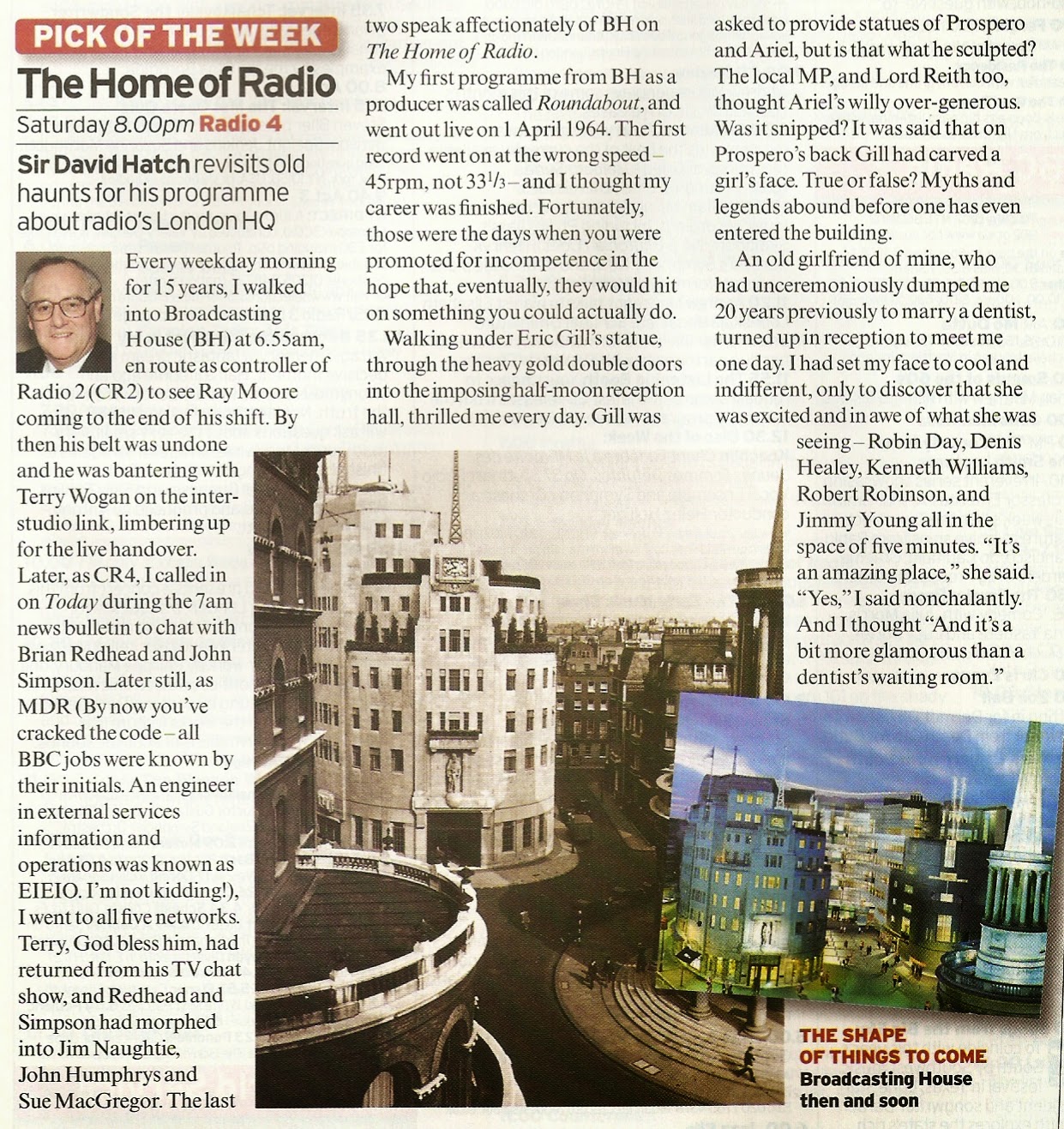 Every weekday morning for 15 years I walked into Broadcasting House (BH) at 6.55 am, en route as controller of Radio2 (CR2) to see Ray Moore coming to the end of his shift. By then his belt was undone and he was bantering with Terry Wogan on the inter-studio link, limbering up for the live handover.


Later, as CR4, I called in on Today during the 7 am news bulletin to chat with Brian Redhead and John Timpson. Later still, as MDR (By now you’ve cracked the code – all BBC jobs were known by their initials. An engineer in external services information and operations was known as EIEIO. I’m not kidding!) I went to all five networks. Terry Wogan, God bless him, had returned from his TV chat show and Redhead and Timpson had morphed into Jim Naughtie and Sue MacGregor. The last two speak affectionately of BH on The Home of Radio.

My first programme from BH as a producer was called Roundabout, and went out live on 1 April 1964. The first record went on at the wrong speed – 45 rpm not 33⅓ - and I thought my career was finished. Fortunately, those were the days when you were promoted for incompetence in the hope that, eventually, they would hit on something you could actually do.


Walking under Eric Gill’s statue, through the heavy gold double doors into the imposing half-moon reception hall, thrilled me every day. Gill was asked to provide statues of Prospero and Ariel, but is that what he sculpted? The local MP, and Lord Reith too, thought Ariel’s willy over-generous. Was it snipped? It was said that on Prospero’s back Gill had carved a girl’s face. True or false? Myths and legends abound before one has even entered the building.


An old girlfriend of mine, who had unceremoniously dumped me 20 years previously to marry a dentist, turned up in reception to meet me one day. I had set my face to cool and indifferent, only to discover that she was excited and in awe of what she was seeing – Robin Day, Denis Healey, Kenneth Williams, Robert Robinson, and Jimmy Young all in the space of five minutes. “It’s an amazing place,” she said. “Yes,” I said nonchalantly. And I thought “And it’s a bit more glamorous than a dentist’s waiting room.”


There’s more about Broadcasting House as well as Savoy Hill, Lime Grove and Television Centre in The BBC Tour presented by Nick Baker on BBC Radio 4 Extra on Saturday 9 August.

Broadcasting House illustration by Mark Thomas at Central Illustration Agency as used in the Radio Times 3 November 2012.
Posted by Andy Walmsley at 10:00 1 comment: