When I started this blog in 2010 I had no notion that it would take the direction that it did. From a few ramblings about radio shows that I used to listen to I now research and write about the less explored corners of UK radio history. I receive questions and contributions from listeners and broadcasters around the globe. I've written over 500 posts, tens of thousands of words and uploaded hundreds of audio clips.

Fortunately there are people out there that read all this, thank you.

If my blog stats are to be believed I've hit one million page views this month.  So I've dug into the stats to see what has most caught your attention.  Here's the top 10, in reverse order.

This was scheduled to mark the 25th anniversary of the launch of the largely overlooked national service, BBC Radio Five. This mash-up of news, sport, music, education, schools and children's  programmes enjoyed a short life of just under four years before Radio 5 live came along. Fortunately I'd taped some of the opening and closing shows so there's plenty of audio. The nature of the programmes means that little gets repeated, though some dramas have turned up on Radio 4 Extra.

9: Choral Evensong
I can't really explain why this appears in the top 10 but presumably someone linked to it on a website or Facebook group. Written to mark 90 years of the programme  that in truth I've hardly ever listened to. If you like this kind of thing try out the YouTube channel Archive of Recorded Church Music.

8: Wake Up Easy
This was one of my first posts that required a fair bit of research. I chose the Radio 2's early show rather than the breakfast show as that show gets plenty of coverage elsewhere, though I eventually wrote about that in January this year. I was grateful to hear from three presenters who'd worked on those early morning shows: Tom Edwards, Colin Berry and Paul Hollingdale and they've continued to field my radio questions since, though sadly Paul died a couple of years ago. 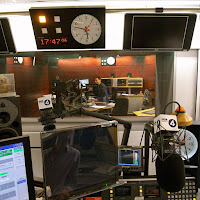 Of all the posts I've written this, including part two, involved the most work. An attempt to list all the announcers and newsreaders on Radio 4 since 1967 I started pulling together names, audio and photos in late 2014, some three years before it went live.

As I mention in the post this exercise wouldn't have been possible without the help of David Mitchell, a fellow enthusiast who'd religiously been noting names since the mid-60s. David and I exchanged countless emails swapping names and dates. I heard from a number of former and current announcers who were, quite frankly, surprised, and pleased, that someone was marking their on-air efforts. Chief announcer Chris Aldridge couldn't have been more helpful in explaining what he and his team did and passed my draft list on to his colleagues for comment and additions.

6: Memories Are NotMade of This
If this previous post took the longest to research this one must have taken less than an hour. It was written in response to an interview on Alison Butterworth's late-night Radio Lancashire show with a 'Mark Dean' who purported to be a former Radio Caroline DJ. His story was already beginning to unravel when Paul Rowley. the BBC local radio Political Correspondent and pirate radio nut, challenged his grasp of the facts. This story was picked up by a number of websites and forums who linked to this post. Back in 2013 BBC radio output was only available to listen again for 7 days so my recording was the only place to hear what had occurred.

As a postscript to this it transpired that 'Mark Dean' was in fact Malcolm Coward and his only connection to the station was as a driver for the Radio Caroline Roadshow, a mobile disco run by fans in the 1970s. More on that story here.

5: It's Five o'Clock,Time for Sports Report
The sound of Out of the Blue on Saturday afternoons has been part of the broadcasting landscape for over seven decades and this post was my nod to the long history of Sports Report. Various Sports Reports books issued over the years helped immensely and fortunately I'd kept most of the recent anniversary specials. The voices of Peter Jones, Bryon Butler et al always seem to evoke warm memories.

4: The Third at 70 -Part the Third: The Intelligent Chuckle

You'll have gathered that I like to mark programme anniversaries, it helps to generate blog views if nothing else. This one was part of a series to celebrate the 70th anniversary since the start of the Third Programme in 1946. Inspired by the fact that one of my favourite radio comedies, Patterson, was first heard on Radio 3, I decided to explore other comedies heard on that station that, unexpectedly, used to schedule occasional sitcoms and comic plays.

3: Radio 2 AnnouncersA-K
Another common theme here is that of radio announcers. This 2011 was my attempt to list those I'd heard on Radio 2 from the mid-70s to the early 80s. This and the related post probably attract views simply because of the sheer number of names that they contain.

Sadly a number of once familiar voices have passed away since I wrote this post and a linked post:  Liz Allen, Don Durbridge, Len Jackson, Tim Gudgin, James Alexander Gordon, Paddy O'Byrne and Sheila Tracy.

2: Radio 3 Announcers
More announcers in a post that found an appreciative audience on the Friends of Radio 3 forum, hence, I suspect, its appearance on this list. Audio of the bits in between programmes rarely survive in the official archive so these voices represent what is now a bygone age.

In the top spot is this post published in September 2012 that attempted to fill in the gaps of the names of Radio 2 announcers and newsreaders with another 60 voices that hadn't featured in my 2011 round-up. It was timed coincide with the phasing out of the separate newsreader role in favour of broadcast journalists who also read the bulletins. Fortunately I'd had some insider knowledge of this plan which gave me a few months to pull this lot together. From the feedback I received I know this acknowledgment was welcomed in Western House.

Other popular ones are anything to do with the late Ray Moore, my David Symonds article, the Shipping Forecast, World Service memories, Alan Freeman and some of the ILR Down Your Local posts.