You've Got to be Joking 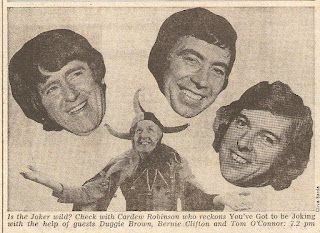 You've Got to be Joking was the radio comedy panel show that ran for six series between 1976 and 1982. I say panel game though there was no discernible format. The chairman Cardew Robinson would give each of the three comedians a subject or maybe the start of a story that they would follow-up with gags, a shaggy-dog story (the shaggier the better) or a song.

The show was devised by the BBC resident comedy guru in Manchester, producer Mike Craig, though obits for Cardew, who died in 1992, erroneously credit him with the idea.

Accompanying the comics for the songs was Harry Hayward, perhaps best known for his numerous appearances on Workers' Playtime and later Ken Frith who often played with the Northern Dance Orchestra.

The six series started off on Radio 2, where it really belonged, but with series 3 and 4 turning up on Radio 4, though both stations repeated some editions that had been heard on the other one. 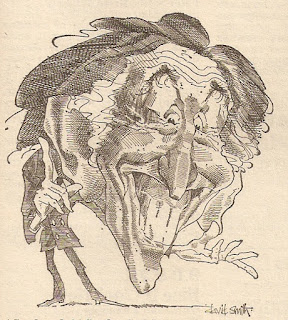 Cardew Robinson had been broadcasting on the radio since 1947 initially billed as Douglas 'Cardew' Robinson and then adapting The Cad persona. He'd pop up on numerous variety shows such as Variety Bandbox, Variety Fanfare (where he was the resident comic), Music-Hall, over 80 editions of Workers' Playtime, Blackpool Night, Variety Playhouse and London Lights. He was also on the mid- 60s Ken Dodd shows and over 60 editions of the comedy panel show Does the Team Think?

I've a couple of editions of You've Got to be Joking that I recorded. From the start of the 1980 series on Radio 4 comes this gem of a show with Tom Mennard, one fine form here, Bernie Clifton, with a 3½ minute gag fest at the start, and Tony Peers. First broadcast on 9 July 1980 and repeated on Radio 2 on 30 June 1981 it has not been heard since.

From the fifth series here are Mike Burton, Malcolm Stent and Jan Harding. This was broadcast just the once on 24 March 1982. 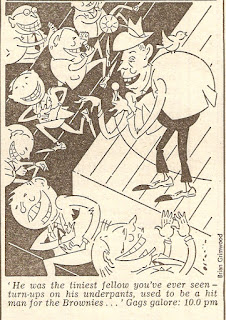