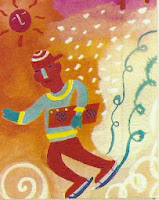 By way of wishing anyone stumbling across this blog a Happy Christmas here's a programme of words and music called Once in Royal David's City broadcast on Radio 2 on Christmas Day 1982.

Posted by Andy Walmsley at 22:45 No comments: 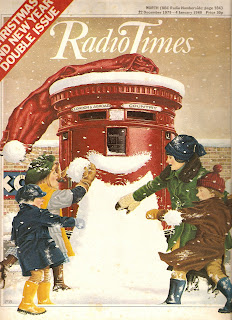 The biggest single shake-up in UK radio broadcasting happened on 23rd November 1978 and affected all four national services. In the months and weeks leading up to the big event the BBC publicised the changes on air and in the press. Remember those stickers issued with the Radio Times to put on your radio dial? Radios 1 and 2 commissioned new jingles from JAM Creative Productions in Dallas and Radio 4 rebranded itself as Radio 4 UK. 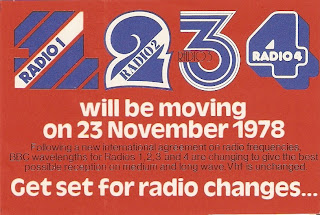 There's already quite a bit of audio on the web about the frequency changes, see the Vintage Broadcasting site (no longer online as at Jan 2012) for example. I'll be posting a lot more, by instalments, over the next few months.

To kick things off here's some audio of the BBC tv coverage on Nationwide on the evening of the 23rd.
 

For the record you'll hear Nationwide presenters Sue Lawley and Glyn Worsnip. On the radio there's Kid Jensen, John Dunn, Patricia Hughes, Moira Stuart and Week Ending featuring David Jason. The Managing Director of Radio is Aubrey Singer and you'll also hear The Kings Singers. The Radio 4 newsreader, who gets talked over, is Colin Doran.
At the end of the Nationwide clip I think it's Hugh Scully and John Stapleton. The tape runs on into an announcement by BBC1 North announcer Vanessa Hill introducing Tomorrow's World. 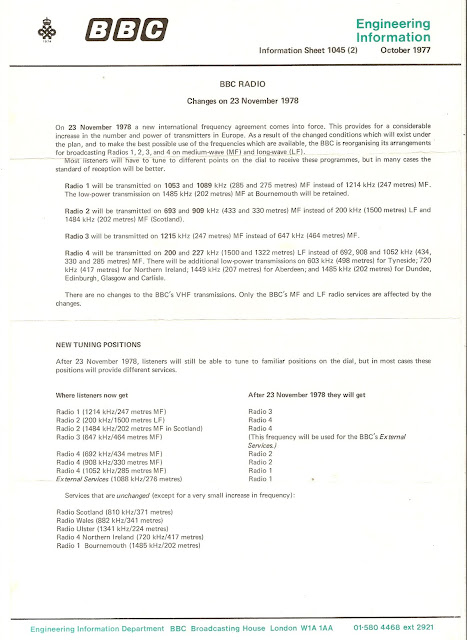 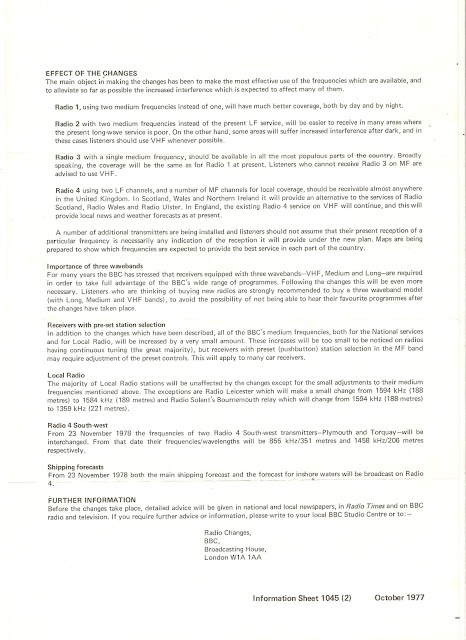 Posted by Andy Walmsley at 12:46 No comments: 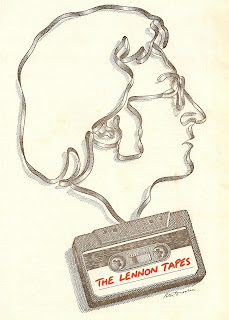 Today as the world remembers the violent and tragic death of John Lennon 30 years ago here are my audio contributions.

This is how Radio 4's Today programme reported the news on the morning of 9th December 1980.
First, Brian Redhead talks to Tom Brook, one of the first reporters on the scene.

Next a report by John Spicer, this includes the John Lennon's Radio 1 trailer for the interview he did with Andy Peebles.

Good Morning Great Britain, Is Anybody There?

Tom Edwards was another of the pirate radio DJs (Radios City & Caroline) who joined the BBC shortly after the start of Radios 1 & 2 in 1967. He also worked as an announcer on Thames TV, as did David Hamilton – see, I said there’d be a thread running through these posts!

In the late 70s and early 80s Tom had a regular slot on Radio 2’s Saturday Early Show. Opening the show with his theme, a Bert Kaempfert arrangement of Skyliner, he’d tap the microphone and intone “Good morning Great Britain, is anybody there?”

Here’s 30 minutes of Tom’s show from Christmas morning 1982. I make no apologies for fading it out when Orville the Duck appears.


And because this show doesn’t feature the usual opening here it is from January 1980.

Posted by Andy Walmsley at 19:21 No comments:


More David Hamilton, this time from the 1980s.

By November 1977 David’s afternoon show was now on Radio 2 only. He continued in this time slot until early 1980. Here’s the end of that last show on 4 January. The clip also includes a minute or so of David Symonds introducing Much More Music.


From 18 February 1985 this is a 45 minute extract from his daily show. By now back in the afternoon sandwiched between Gloria Hunniford and John Dunn from 4 to 6 pm.

I recorded each of the DJ hosted shows on this day in 1985 (one on each side of a C90 cassette so just 40 odd minutes or so) and I’ll post those shows later.

Finally, here’s the end of David Hamilton’s last show on the BBC from 19th December 1986. He left the station apparently complaining that the music policy was "geriatric".

Posted by Andy Walmsley at 19:29 No comments: 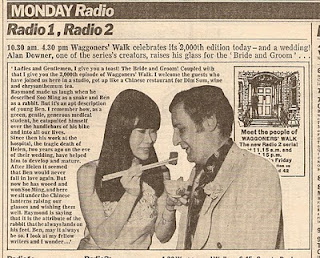