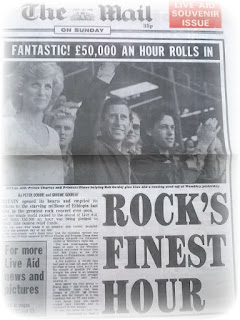 "It's twelve noon in London, 7 am in Philadelphia and around the world it's time for Live Aid. Sixteen hours of live music in aid of famine relief in Africa".

Richard Skinner's opening announcement thirty years ago today launched the start of an unforgettable day for the "global jukebox" that was Live Aid. In this edited version of a Radio 1 documentary those involved in performing at the concert and those working behind the scenes on the mammoth broadcast operation recall that day, Saturday 13 July 1984.


Tagged on the end of the recording are some of the Live Aid jingles produced by JAM Creative Productions. 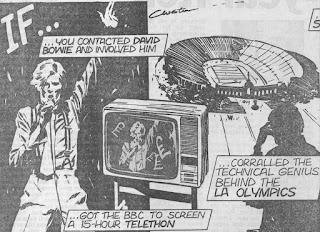