It's a Hot Shot 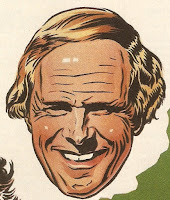 "If you're slaving all at home or relaxing or you're working in a noisy factory, just set yourself free when the clock strikes three cos everything stops for tea".

Know the lyrics? And the tune? Chances are you too were enjoying a cuppa on a weekday afternoon sometime in the mid-1970s tuned into the David Hamilton show.

David Hamilton's career stretches back over 50 years from his time on British Forces radio and the Light Programme and as an announcer and presenter on ABC Television and elsewhere on the ITV network. Since then he's made hundreds of TV appearances and thousands of radio broadcasts on dozens of stations. Retirement? Not a hint of it. 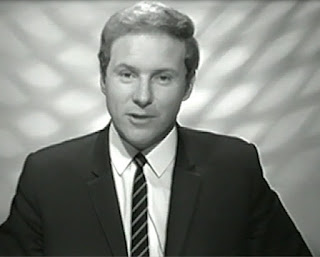 I've been able to share some of my own off-air recordings of David and some press cuttings on the recently formed Facebook group David Hamilton's Hot Shots. Set up and administered by David 's friend, and supporter of this blog, Noel Tyrrel there are audio contributions, photos and rare TV footage from Diddy's own collection. The man himself is keeping a eye on proceedings. Launching the group David said:

"I am very excited and flattered in equal measure at the prospect of a group in appreciation of my work past, present and future. I would like to take this opportunity to warmly welcome all members and hope that you will derive pleasure and stimulation from our interaction.

Each week I shall suggest a David Hamilton Hot shot. A record of the week featured on my past radio shows; I shall also give a little bit of background on the reasons for choosing it. Please feel free to add memories of your own too". 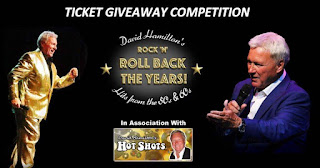 David continues to broadcast on The Wireless and pops up now and again on BBC Sussex and BBC Surrey. He's also fronting the live stage show Rock 'n'Roll Back the Years that has nationwide tour dates booked for the next twelve months. Members of the Hot Shots Facebook group will be offered a chance to win free tickets for one of the shows. So why not join?

Ploughing a similar furrow is the Facebook group Retro Radio. Stacks of unscoped airchecks, mostly from the 70s and 80s are available and up for discussion. I'm sure Stuart Busby will welcome more members.
Posted by Andy Walmsley at 17:00 No comments: 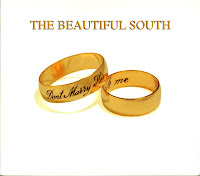 Imagine playing the unexpurgated version of a record rather than the radio edit. And on Radio 2 daytime too! Poor old Stewpot got some stick when the explicit version of The Beautiful South's Don't Marry Her slipped through the net.

Not sure of the exact date of this incident though I'm guessing it was the year of release 1996. You'll hear Ed fade down the track and then the following day Ken Bruce and Jimmy Young have some fun at Ed's expense.

Thank you to whoever sent me this audio earlier in the year. Apologies but I've lost your name and email address.
Posted by Andy Walmsley at 12:00 No comments:

Greene on the Screen 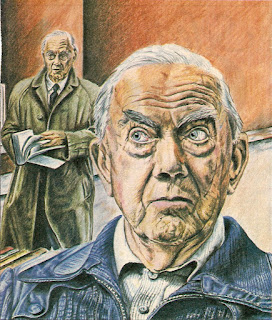 Novelist Graham Greene is celebrated this week on BBC Radio 4 in Our Man in Greeneland in which five correspondents follow in the footsteps of his novels. It's part of the network's tribute to Greene that has been running this year - 25 years after his death in 1991. We've already heard adaptations of The Honorary Consul and The Power and the Glory. Dramatisations of Monsignor Quixote and The Confidential Agent are due later this year.

My accompanying piece of archive material is an edition of the Radio 4 arts magazine Kaleidoscope. Dating from 1984, film critic Nigel Andrews examines the many film adaptations of Greene's work. Virtually everyone of his novels made it to the big screen or, as in the case of Monsignor Quixote and Doctor Fischer of Geneva, were made for TV.

I wrote about this association between Green's literature and the cinema back in April 1983 for my degree dissertation Fiction Into Film: the Works of Graham Greene. I went on to examine The Third Man, Brighton Rock and England Made Me. Here's part of my general introduction:

Greene made most of his novels historically specific so that each can be seen not only to evoke the mood of their particular time but to act as indirect records of world events. As most of the films were made shortly after the appearance of the novels - England Made Me, The Fallen Idol, The Man Within and The Honorary Consul being the only time difference in double figures - both serve as social records, though with differing slants on the world. Indeed it has been said that "if we have an imaginative sense of the violent modern world elsewhere, it is in part because of Greene's writing". That world has extended from Haiti to Vietnam through Mexico and Cuba and across Europe. But it is also a unique world which few of us would recognise: a world filled with little else but criminals, murders, drunkards, adulterers and, perhaps worst of all (according to Greene) innocents. This slice of the world is known as 'Greeneland' and, in many cases, can only be escaped through some kind of spiritual release - though there are more sinners than saints. This decidedly pessimistic outlook on life is an unusual source for film-makers - one might think that the entertainment value would be rather low. But, for a number of reasons (not always clear), Greene's work has proved a popular source. What this dissertation aims to do is look at how Greene's personal 'Waste Land' has been dealt with on film: is it recognisable as Green's original world, how has the mood been created, what has the film highlighted and what has it left out?

And so I continue for about 70 pages (notes and appendices included).

In Greene on the Screen we not only hear from Greene himself, he was celebrating his 80th birthday when this programme was made, but also film directors Peter Duffell and Roy Boulting, playwright Christopher Hampton and author Quentin Falk.  This edition of Kaleidoscope was broadcast on BBC Radio 4 on 31 August 1984.

Posted by Andy Walmsley at 10:35 No comments: