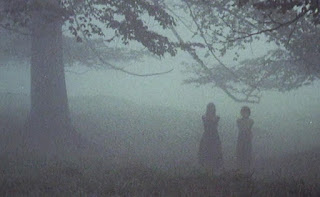 Amongst the many ghost stories from the pen of M.R. James is one with all the classic elements of the genre: a young boy sent to a remote country house, a reclusive relative, visions of the recently departed, unexplained scratches on the bedroom door and a gruesome final image.

Lost Hearts was originally published in 1895 and later appeared in the 1904 anthology Ghost Stories of an Antiquary. This collection has been much plundered by TV producers, particularly by the BBC for the series of ghost stories for Christmas. Lost Hearts was broadcast by BBC1 on Christmas Day 1973 but there has been an earlier ABC production, now lost, in March 1966 adapted by playwright Giles Cooper. Film versions appeared in 2007 and 2018.

On the radio there have been a number of readings of the story. In 1946 David Lloyd James read it in an afternoon story slot on the Home Service. At Christmas 1957 it was Hugh Burden’s turn on the Third Programme. Again at Christmas Benjamin Whitrow read it, this time on Radio 4 in 1997. Ten years later Derek Jacobi introduced a 15 minute dramatisation. Both these broadcasts have been repeated on Radio 7/4 Extra. It appeared yet again in December 2019 as part of the Ghost Stories from Ambridge series with John Rowe, aka Jim Lloyd of the The Archers, narrating.

But there’s one reading that appears to have been overlooked, and its one by the star of numerous Hammer horrors, Peter Cushing. It was tucked away in the now long-forgotten Radio 4 Sunday morning magazine show Forget Tomorrow's Monday. Running from October 1977 to December 1978 it was produced by the Woman’s Hour unit. The guest on the 29 October 1978 show was Peter Cushing and he was asked to read Lost Hearts.  A recording of Forget Tomorrow's Monday was passed to me some time ago by Richard Tucker, a collector in New Zealand, but it was only recently when I listened again that I realised the value of this recording. It’s never, to my knowledge been repeated and may not even be in the Sound Archives.

So enjoy, for the first time in 43 years, this telling of a story from the master of Victorian macabre.

Posted by Andy Walmsley at 09:34 No comments: