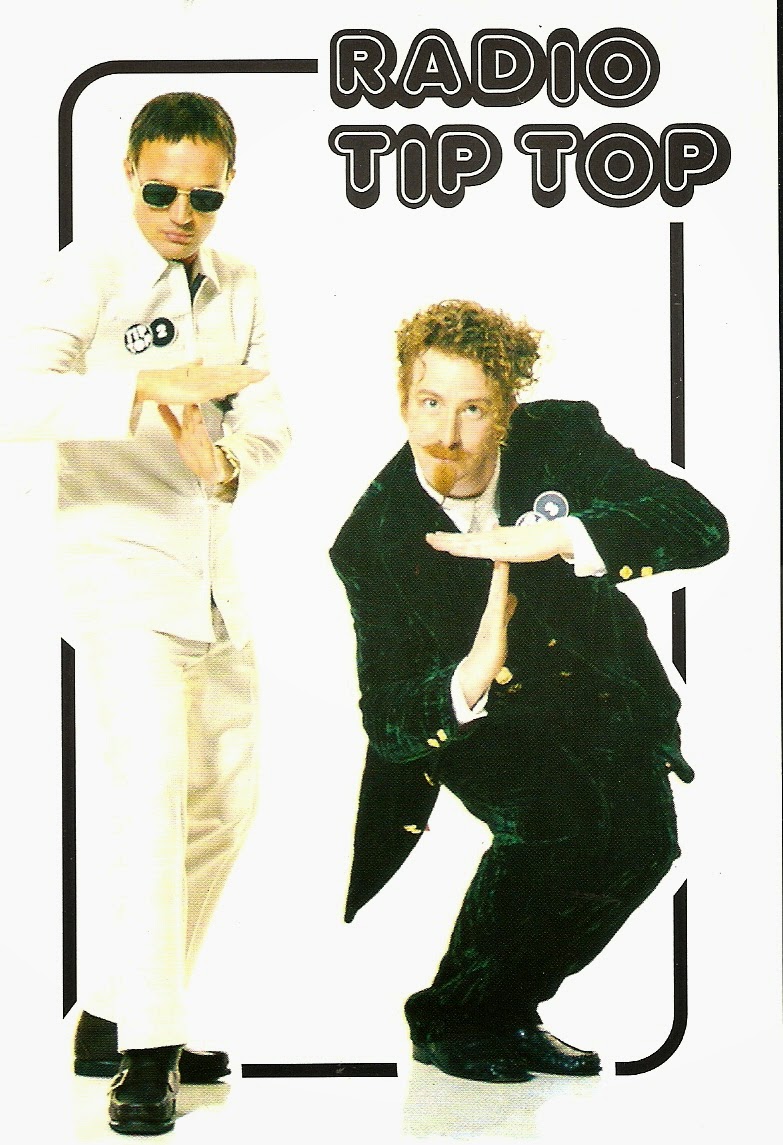 The ‘facts’ are as follows: It was broadcast via the “magic of Lunewyre technology in total Spectrasound”. The hosts were the self-styled Kid Tempo and The Ginger Prince – whose real identity was, at the time, shrouded in mystery though we now know as Eli Hourd and Nigel Proctor. You could enjoy the delights of the Hammond Organ interlude and radio’s only dance troupe Peter Lorenzo and the Guys Now Dancers. It was Radio Tip Top.


It’s difficult to explain what was going on, even for those of us that signed up for Radio Tip Top membership. It was retro but played current hits. It was funny but had no discernible jokes. It aired at a time when loungecore and easy listening were cool. Think Radio 1 Club meets Phoenix Nights with a dash of Austin Powers.
Radio Tip Top had started life as a weekly pirate radio show in London in 1993 and 1994. There was press interest in the Tip Top phenomenon and in late 94 even an ITV pilot show set onboard a giant spaceship. By April 1995 they’d gone legit and moved to Radio 1 for a 12-week Wednesday night run. This is when I became hooked, although I was probably initially drawn in by the old Radio 1 jingles that punctuated proceedings. 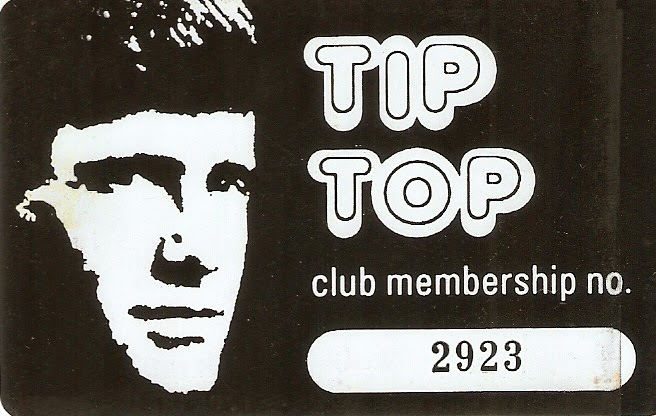 For all you Tip Toppers and Tip Toppettes here are three editions of your favourite show. From series one comes episode eight broadcast on 14 June 1995 with Star Time guest Sandie Shaw, redirection advice from Postman Patois, the Radio Tip Top Big Break Talent of Tomorrow featuring Ken Goodwin and the Radio Tip Top Cabaret Cavalcade with Ken Dodd “who always insists we pay him in cash”.


Episode nine of the first series features the vocal talents of Tony Blackburn, The Bowling Queens Margaret and Maureen, Norman Barrington with a TV Treat, rising talent Lenny Kravitz, the Reverend Ray Floods from the Church of What’s Happening and the headline act, Lulu.


And finally, for the moment, the tenth edition with the 1995 Radio Tip Top Summer Seaside Special. Star Time features Naomi Campbell,  get down with Mr Superbad and topping the bill is Britt Ekland. 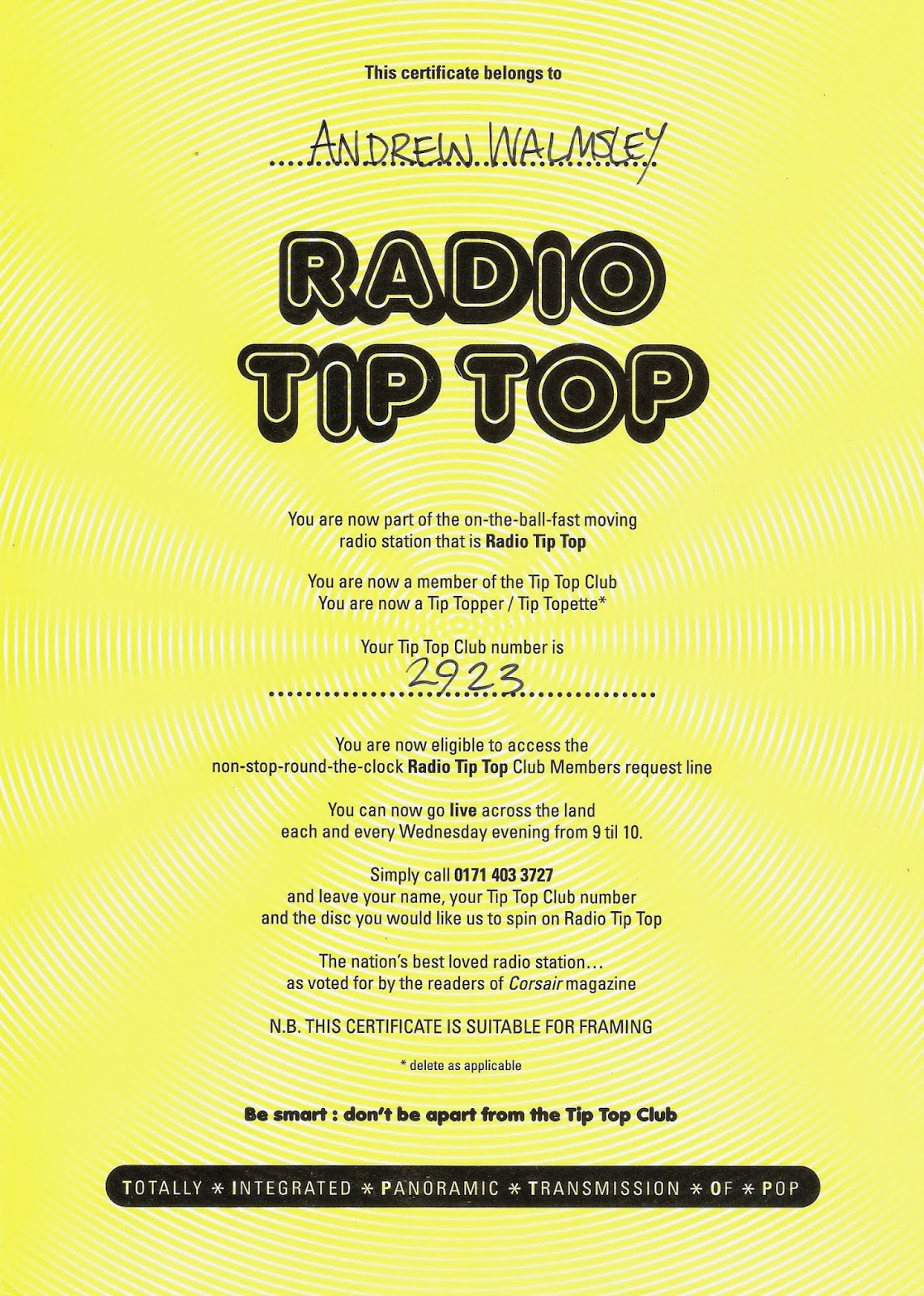 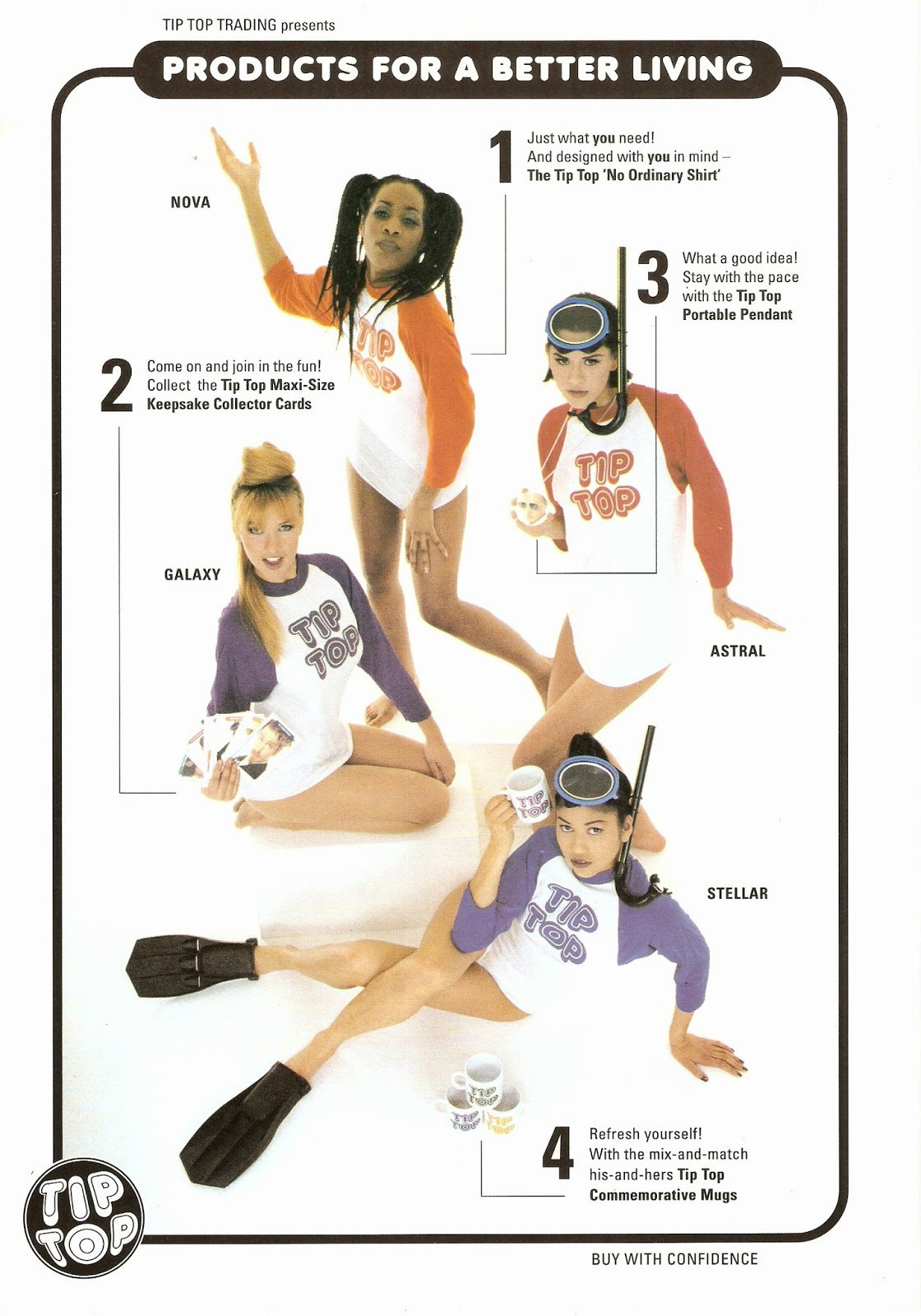 This post was sponsored by the readers of Corsair magazine.
Posted by Andy Walmsley at 09:00