Fun at One – Thirty Minutes of Unadulterated Garbage 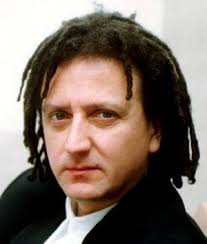 With the news that Victor Lewis-Smith’s Radio 1 programmes are to get a Radio 4 Extra repeat next month – their first airing since 1990 – I thought it timely to dip my toe into the VLS archive.

Victor Lewis-Smith studied Music at York University and made his first broadcasts for the campus radio and TV station. His professional radio career started at the newly launched BBC Radio York in July 1983 with a Sunday morning programme known as Snooze Button (followed a year later by One- Way Family Favourites).  (1)


Whilst still on Radio York in 1984 national radio beckoned and Victor performed a series of comic vignettes alongside Laurie Taylor (for many years billed on-air as “Laurie Taylor, Professor of Sociology at York University”) under the title Modern Manners.  These were part of the station’s ill-fated Thursday morning sequence Rollercoaster, the whole being linked by Richard Baker.

The following year Modern Manners transferred to the second series of the Sunday morning magazine show The Colour Supplement. (2) Here are two clips of Modern Manners from 21 July and 11 August 1985.  All these years later I still call the Radio Times the “Raddy Otimees”!


By now Victor was also working behind the scenes at Radio 4 as a producer on Midweek. Presenter Libby Purves had to deal with an increasingly oddball set of guests and on one memorable occasion  (3), when Libby was on holiday, the replacement was Arthur Mullard, hardly the most eloquent of hosts. This show has now passed into the realms of radio infamy and you can chortle away at clips from that programme on this edition of iPM. Ever the performer Victor Lewis-Smith gets in on the action over the talkback.
Listener reaction to that edition of Midweek was divided: “what a ridiculous programme”, “it was worth the whole licence fee”, “an insult to the listening public”, “sheer genius” and “an insult to one’s intelligence”.


Lewis-Smith worked as a producer on Midweek and then Start the Week in 1985 and 1986 by which time he was appearing on Ned Sherrin’s Loose Ends with his comedy writing partner Paul Sparkes – they’d met at York University. You can hear one of those frenetic sketches on my post about Ned Sherrin.

Amongst the Sherrin acolytes on Loose Ends was Radio 1 producer John Walters and it was John who promoted the idea of Victor putting together a show for Radio 1. That show, airing in May 1988, featured a character first heard in some of the Loose Ends sketches, a spoof DJ named Steve ‘More Music’ Nage, complete with a nasal mid-Atlantic twang, a kind of proto-Mike Smash type. It was a mickey take on the sound of the station that was now employing him – his shows would consistently lampoon the BBC – complete with jingles and faux dedications. Here's a clip from that show:
 


Victor Lewis-Smith would appear on Radio 1 over two years. The first show in his own name went out late on Boxing Day night in 1989 under the title Victor Lewis-Smith’s Christmas Message, though it contained nothing seasonal.  My tape machine was running that evening and here’s the recording. Note at the end a continuing obsession with mention of TV’s Mr Derek Batey.


His fast-paced approach, slick tape-editing, multi-layered sound, funny voices and musical pastiche contained elements of Jack Jackson and Kenny Everett’s styles – his acknowledged influences. But his comedy, and certainly that on Radio 1, was increasingly dripping with vitriol, insults and sarcasm. At the same time one detects a genuine love of radio and the parodies of old style radio shows, films and newsreels show a nostalgic undertone that would also manifest itself in the TV editions of Buygones.


Listening back to the programmes you can appreciate their technical brilliance with Lewis-Smith providing all the voices, but at the end of half-an-hour it is also quite draining. You feel like you’ve been bludgeoned with a giant comedy hammer.
Two series and two specials followed on Radio 1. It’s the first ten-part 1990 series that’s getting the Radio 4 Extra repeat starting at 22.30 on Friday 8 May 2015. One wonders if they’ve edited out the warnings that preceded and followed each programme. Where Radio 1 listeners really possessed of such delicate sensibilities? “The following programme contains material which some people may find offensive. If you consider yourself likely to be offended then perhaps you’d like to retune to another frequency for the next thirty minutes. You may like to telephone your views about the programme, call 9274364 prefix 01 if you live outside London. Your comments will be passed onto the Controller of Radio 1. Extracts may also be used in future programmes”. I’m still not sure if this was intended to be taken seriously.


Recalling these shows former station controller Johnny Beerling wrote: “It was quite brilliant but there was hardly a single BBC rule which Victor did not seek to break in delivering new and challenging comedy. He would always deliver his finished programme at the last possible moment so there was little time for the poor Radio 1 producer responsible for it to do much editing”.
One rule that Lewis-Smith broke was to obtain permission from the participants to use the recordings of his hoax phone calls. These calls were a staple of the shows, witness the one in the first programme to Harrods complaining of his dissatisfaction with a vacuum cleaner purchased for supposed “specialist” use to “suck the dust off sausages”.


Ahead of the Radio 4 Extra repeats here’s taster of that first show:


I’ve not heard if there are plans to repeat the second series. At the time of its first broadcast a number of edits had to be made (4) and one programme features a skit on the now-verboten subject of Jim’ll Fix It.


Dedicated to the memory of Mrs Tribley.


(1) One-Way Family Favourites replaced Snooze Button in the Spring of 1984, again on a Sunday morning. A typical Radio Times billing read “a sideways Sunday lunchtime entertainment from the heart of Yorkshire. This week Victor links up with Katie Boyle in the lost City of Atlantis”.
(2) The first series of The Colour Supplement in 1984 was presented by either Sarah Kennedy or Fern Britton with roving reporter Nigel Farrell.  The second series in 1985 was presented by Margo MacDonald.
(3) The edition broadcast on 21 May 1986
(4) Some of the removed hoax calls made it onto the album Nuisance Calls. “Hear the tapes the BBC never dared transmit”.

Email ThisBlogThis!Share to TwitterShare to FacebookShare to Pinterest
Labels: Comedy, Fun at 1

I wonder what happened to Paul Sparkes?