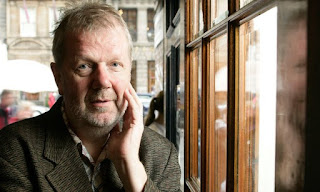 John Pidgeon, whose death was announced earlier this month, was a rock writer turned radio producer and then comedy executive. He started writing for the NME and the new Let It Rock music magazine in 1971. A couple of years later he was helping Keith Skues knock the scripts of The Story of Pop into shape. In 1975 and 1976 he wrote a number of programmes for Radio 1's documentary series Insight.

One of The Story of Pop editions, Ship to Shore, was reworked for Insight as Reign of the Pirates. This programme aired on Radio 1 on 4 January 1976.


John would eventually follow The Story of Pop and Insight producer Tim Blackmore to Capital Radio where he would hook up with Roger Scott on his shows Jukebox Saturday Night and the mix of music and comedy that was Brunch (1986-88); working alongside Jan Ravens (later of Dead Ringers), Angus Deayton, Steve Coogan,  Paul Burnett, Steve Brown, Paul Burnett and Jeremy Pascall. There are 44 editions of Brunch available on the Roger Scott tribute website.

By 1988 both John and Roger were back at the BBC and had co-devised Classic Albums, offering an opportunity to re-evaluate some seminal pop and rock albums combined with interviews from those concerned.

There are 18 editions of Classic Albums on the Roger Scott tribute site but this is a later 1991 edition presented by Richard Skinner that revisits the Ogdens' Nut Gone Flake by The Small Faces.


Classic Albums (1988-92) was followed The Record Producers, this time as an independent production (1993-94) as well as a number of other music documentaries for Radio 1 and then Radio 2. Turning to comedy he interviewed a number of comedians "about what makes them laugh for Talking Comedy (1996-99) 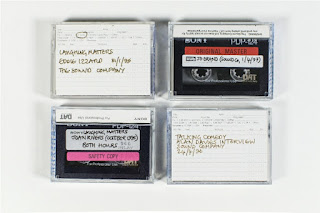 In 1999 John was appointed as editor BBC radio entertainment which essentially meant he was in charge of radio comedy. On his retirement in 2005 Radio 4 commissioning editor Caroline Raphael commented that "The past five years has seen an unprecedented movement of radio comedy to television. John's Radio Entertainment department spearheaded this move with shows like Little Britain and The Mighty Boosh. This has undoubtedly helped Radio 4 to secure the best new and established comedy talent for our listeners and raise the network's profile." Tweeting on the news of John death David Walliams said "Thank you for believing in me. A smart and kind man who loved comedy".

John  produced a couple of short series for Radio 4: Music to Die For and Russ Noble On... and in more recent years he'd been a crossword compiler for the Daily Telegraph under the name Petitjean.