Down You Local - BBC Radio Merseyside 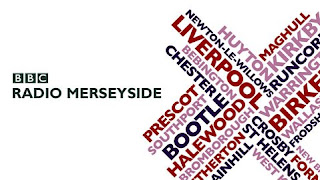 BBC Radio Merseyside was the third station in the local station network and marked a return to radio in Liverpool since the days on 6LV, the BBC relay station of the 1920s, though Liverpool retained a post-war presence at the Rylands Buildings on Lime Street (and later at Castle Chambers on Castle Street).

BBC Radio Merseyside's first studios were based in Commerce House on Sir Thomas Street under the guidance of station manager Michael Hancock who'd previously been working as a BBC TV presentation editor in London. He was a local newspaper journalist who'd joined the BBC as a sub-editor and reporter on Sports Report. Moving across to television he was a news reporter before taking up the presentation editor post. After Radio Merseyside he was based at Pebble Mill as a regional TV manager and then Press and PR before finally joining JCB as a PR director. Michael died in 2007.

Unlike other BBC local radio stations that relied on the work of the Radiophonic Workshop for the idents, Radio Merseyside commissioned Gerry Marsden to write the opening jingles sung by The Vernons Girls. Taking their cue from Gerry and the Pacemakers the opening day included an OB on a ferry across the Mersey; the ferry being the Royal Daffodil (originally the MV Overchurch). On board were presenters Tony Wolfe and Keith Macklin (best known as a rugby commentator for the BBC and then covering football for Yorkshire TV and later programme controller at Preston's Red Rose Radio). A number of acts from the city's Cavern Club also appeared on that opening show including club DJ Billy Butler who would, of course, become the voice of the station, first joining in 1971. 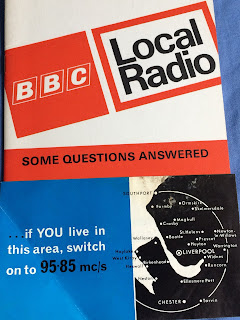 Launching at 12 noon on the 22nd Radio Merseyside's opening programme, linked by Ian Murray, had some ambitious OBs. As well as the Mersey ferry there was Victor Marmion and Jenny Collins in the Mersey Tunnel and Gerry Harrison and Joyce Timewell at the top of St John's Beacon - a broadcast not without some technical difficulties.

Former teacher Vic Marmion was the deputy manager and was instrumental in bringing Kenny Everett and Alan Bleasdale (writing Scully) to the station. He left in 1974 to work for radio current affairs in London, producing The World at One and PM before moving to BBC TV in 1978 and working on Tonight, Question Time, Panorama and The Money Programme. He left the BBC in 1988 to run an independent production company in Liverpool but was back at the Beeb in 1994 in the Programme Complaints Unit. Retiring to Hastings in 2004 he died in 2012.

Jenny Collins would work for Radio Merseyside for many years and married Steve Voce (see below).

Former footballer and Daily Express news reporter Gerry Harrison joined the station for its launch and would help with the sports coverage. A couple of years later he moved into full time football commentating for Anglia TV and remained with ITV until the early 1990s.

For this series of posts I've been digging out copies of the Radio Times from the first decade of local radio broadcasting but the earlier editions are a bit light on information. However, the latest issue I could track down is from 7 March 1970 so if anyone is reading this in Merseyside and has some back issues lying around please let me know.

At the time of this schedule the station manager was now Rex Bawden. A very experienced newsman, he'd joined the station in 1968 from the Liverpool Echo to become the news editor and then replaced Michael Hancock as manager until his retirement in 1981. He died in 2012.

Typically at that time the station staff would pop up on more than one show. Ian Murray, for example, is listed on the Monday request show Date-a-Disc and Tuesday's Somebody in Particular, a show idea not a million miles away from Desert Islands Discs. Later in the year Ian would join BBC Radio Manchester for the start of their service.

Cropping up on a number of programmes, including the women's magazine Breaktime, is Jim Black. Liverpool-born Jim had joined the BBC as a studio manager in 1959, later working on SM duties for Woman's Hour. He took part in the local radio closed circuit experiments in the early 60s and when the service finally got the go ahead in 1967 he joined Radio Merseyside as a producer and presenter. In the early 70s he joined the Local Radio Training Unit based in the Langham. When presentation editors were appointed to each of the national networks in 1973 - Jimmy Kingsbury for Radios 1 & 2, Cormac Rigby for Radio 3 - it was Jim Black who was in charge of Radio 4, much to the surprise of some of the continuity announcers who'd applied for the post. Amongst his best known on-air changes was the introduction of Sailing By before the shipping forecast and to commission Fritz Spiegl, whom he'd worked with at Radio Merseyside, to arrange what would become known as the UK Theme. In the late 80s he was appointed as a Special Assistant to the managing director of network radio, David Hatch, and worked on a number of projects including the launch of Radio 5. He left the BBC in 1993 and died in 2008.

Radio Merseyside's longest-running programme (indeed the second longest running across all the local stations after Radio Leicester's Down to Earth) is Folkscene, initially billed as The Folk Scene. For 49 years the presenter was Stan Ambrose, listed here on Thursday evening. Stan sadly passed away last year. For most of the time he shared presenting duties with Geoff Speed, another broadcaster there from the start who only stepped down in 2014.

Presenter Mike Gamble, in 1970 listed against Youthwise on Sunday and Thursday's Homeward Bound would later become a TV announcer on BBC1 and BBC2.

The Scouse Show with "songs and stories from Scouseland" was presented by writer Frank Shaw. Frank had been writing about Liverpool for the best part of two decades and, in 1966, had penned the Lern Yerself Scouse book (it was edited by Fritz Spiegl). He'd appeared on the BBC and ITV and provided the research for  Denis Mitchell's acclaimed 1959 TV documentary about Liverpool life Morning in the Streets. He died in 1971.

Another Frank, this time Frank Unwin, is listed as presenting Thirty Minutes of Music and Memories which ran for many years and even spawned a book Mersey Memories in 1986.

All the local radio stations had specialist music shows and Merseyside's Jazz Panorama was hosted by jazz writer Steve Voce. He appeared on the station for 35 years and had previously provided new record reviews for The Jazz Scene on the BBC Light Programme. In the 70s and 80s Steve appeared on Sounds of Jazz on Radio 1, later on Radio 2 and Jazz Notes on Radio2 , later on Radio 3.

Only one broadcaster could claim to have appeared on both 6LV and Radio Merseyside and that was naturalist Eric Hardy. Born in 1912 he'd been writing his Countryside column in the Liverpool Daily Post since 1929. During the war in North Africa he trained pigeons to fly with messages tied to their legs. He was a founding member of the Mersey Estuary Conservation Group and the Lancashire Wildlife Trust.. His Radio Merseyside programme The Countryside (billed in 1970 on the Thursday evening) ran for over three decades. Eric died in 2002. 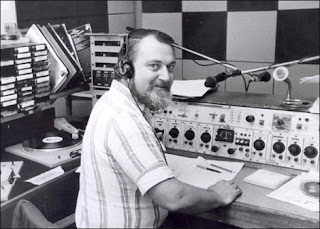 One of Radio Merseyside's best loved broadcasters was the larger than life character, Bob Azurdia (pictured above). Bob presented all manner of programmes but was particularly associated with the sports coverage. Born in Liverpool but of Guatemalan heritage he worked as a journalist on a number of local papers as well as writing for Melody Maker and Merseybeat, a job that brought him into contact with the Beatles at the start of their career. He was working for the Catholic Pictorial when he applied for a job at the new BBC station, landing the role of producer of religious programmes. As well as football commentaries he was a quiz master, presented daytime shows including breakfast, made documentaries and the The Azurdia Interview series. A keen long-distance runner and charity supporter he died unexpectedly in 1996 aged 60.

BBC Radio Merseyside is celebrating its 50th birthday today with broadcasts live from the Museum of Liverpool and a local choir will be signing some of those original Gerry Marsden jingles.
Posted by Andy Walmsley at 09:00