The End of a Swingin' Affair 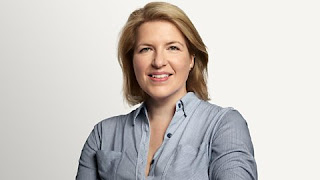 It seems that Radio 2 has had its fill of big band and swing music as it drops Clare Teal's Sunday night show (tonight at 10 pm). In doing so it brings to a conclusion five decades of programmes on the network devoted to the sound of the orchestras, musicians and vocalists of the big band period.

The programme The Big Band Sound with Alan Dell was first heard on Radio 2 in September 1969. Alan continued to host until 1995 and for many years also featured music from the British dance band era in the companion show Dance Band Days.

Malcolm Laycock picked up the reins in 1995 and by April 1998 the show moved to the now traditional Sunday night at ten slot. Clare Teal ("Clare without the 'i'. Teal as in duck") followed in August 2009. Between October 2013 and 2018 the show was expanded to a live two-hour show allowing more features and regular interviews in the second hour. The music policy may have broadened a  little too much at times - too many covers by pop artists - but it has remained popular. The BBC's decision to drop it is mystifying.

Those seeking the sound of the big band era can hear Johnny Beerling on Serenade Radio or listen online to Unforgettable Radio. Meanwhile Clare has promised "good news on the horizon". (Edit 5-1-21 Clare announces she is to join Jazz FM on Sunday nights starting on 24 January 2021)

From 6 June 1994 here's Alan Dell with an edition of Big Band Era to mark the 50th anniversary of D-Day.

What turned out to be Alan's last ever broadcast was made on 7 August 1995. During the show Alan recalls the early days of the show which was the idea of BBC producer Denis Lewell.

There are links to dozens of Alan's show on the Music Nostalgia website.

Moving on to 21 January 2007 and this show from Malcolm Laycock. The first half features the dance bands of Jack Hylton, Ambrose, Henry Hall and the like. He also marks the passing of Gracie Cole.

From 30 March 2008 Malcolm features the music of Ted Heath.

Here's Clare on 1 September 2013 with an hour on the theme of Come Rain or Come Shine with music from Ted Heath, Tubby Hayes, Tommy Dorsey, Count Basie etc.

In Clare's show from 20 July 2014 the guest is singer and trumpeter Georgina Jackson.

Not forgetting the David Jacobs era - "Our kind of Music"!