In March radio station launches were like buses, nothing for months and then a handful came along all at once. These new stations were part of the Sound Digital DAB multiplex, a joint venture company owned by The Wireless Group, Bauer and Arqiva.

The new offerings from Bauer were brand extensions of Magic: Mellow Magic and Magic Chilled. First out of the blocks on 14 March was Mellow Magic, "carefully programmed to provide a relaxed and laid back station" aimed at the 50 to 64 age group. Existing Magic DJs Paul Hayes, Gary Vincent and Martin Collins are joined by the station-hopping Lynn Parsons, Forth 1's Arlene Stuart and actors Patsy Kensit and John Hannah. The station also offers the chance to hear former BBC staffers Fran Godfrey and Alice Arnold. Indeed it was a welcome opportunity to hear Fran, one of Radio 2's best, and much missed, newsreaders reading the news again on the weekday breakfast show - the only live show.


On the face of it there's little here that listeners can't get from Magic, the City 2 network or Smooth. The licence application suggests that the evening programmes may see a return of Saga Radio-type shows but, based on my admittedly brief review of one night's listening it was more of the same classic pop with a Billie Holiday track thrown in for good measure.

Magic Chilled - one of the stations on DAB+ as well as online - promises "a contemporary music escape with a playlist featuring fresh laidback hits". Although it lists an all female presenter line-up - Jade Ewen, Sarah Champion, Pips Taylor, Eloise Carr and Louise Molony - the links are all pre-recorded and kept to a minimum, every 3 or 4 records. So laid back was Chilled that it didn't really launch on 21 March as such; the test transmissions segued seamlessly into a breakfast sequence and then Jade Ewen's links from 10 am.

Launched with far more sense of occasion, and offering something new, certainly for commercial radio, were The Wireless Group's talkSPORT2 and talkRADIO. Going to air on 15 March, just in time for the Cheltenham Festival, was talkSPORT's sister station with sports coverage that wasn't just football-focused: racing, cricket (there's been extensive coverage of the World Twenty20), rugby, tennis, golf and athletics, so offering some alternative to 5 Live Extra. In this montage there's actor Lewis MacLeod (Dead Ringers and  Wired News) declaiming "the prodigal son is ready". There's also talkSPORT2's Managing Editor Mike Bovill and the opening introduction from Ian Danter.

talkSPORT2 benefited from cross-promotion from talkSPORT, the two stations share some programming anyway as there's not quite enough other sports to satisfy a full-time extra station. 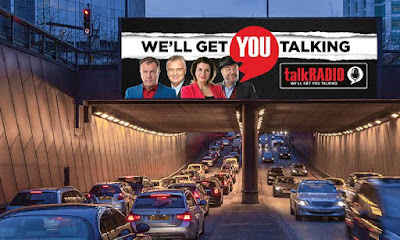 The talk radio format very much remains a minority one in the UK so perhaps most keenly anticipated of the new stations was the launch of talkRADIO (I'm carefully typing those lower and upper case characters!). Less news agenda driven than 5 Live or LBC - though this was tested on day two with the bombings in Brussels - it benefits from an experienced and lively line-up: Paul Ross (the only one from the original Talk Radio UK), Julia Hartley-Brewer, Jon Holmes, Sam Delaney, Jonny Gould and Iain Lee on weekdays. talkRADIO posted this video of the station launch.


Unfortunately, at least for those of us listening online, the sound quality on day one was appalling; it had marginally improved the following day.

David Lloyd did a quick editing job to put this montage together.

Judging by the listener reaction online there was much love in particular, and quite rightly so, for Jon Holmes and Iain Lee. Both started by knocking their former employers and their radio opposition - Holmes had only appeared on Radio X the day before whilst Lee had, of course, been dropped by 3CR last year - but they were asked to rein this in on day two, mind you both mentioned this management talking-too on air.

The only other observation is the lack of callers; the weekday shows, apart from Iain's, appear to be in single figures over a 3 or 4 hour show. Is the 0844 number putting people off (they do call back) or is it a production decision? 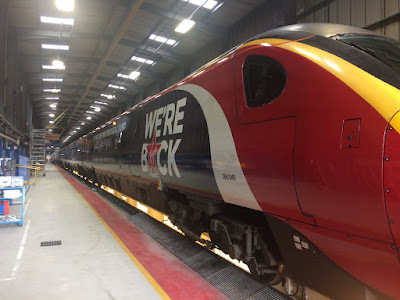 There was an exemplary lead-in to the launch (is that re-launch?) of Virgin Radio which went live on 30 March: "a broadcast legend returns". Online they had a fully operational website before the D-Day with presenter Q&As, press releases, schedules and playlists all supported by Twitter and Facebook. They then pushed the boat out, in fact pushed the train out - the Virgin Radio Star travelling from Manchester to London -  as part of a launch day hoopla, all produced by TBI Media. This provided great publicity but I'm not sure it contributes much to the listening experience, "it's moving" we were excitedly told. Let's hope they continue to support new talent such as Gavin James who provided the live opening track, his take on Bowie's Changes.

Here are those opening moments:


Virgin's Programme Director Liam Thompson spoke about the station's audience: "We feel that there is an opportunity amongst those who feel too old for BBC Radio 1, but not old enough for BBC Radio 2. Our audience will be music-lovers who want to hear great new music, as well as the classics".

Whilst there are elements of its previous incarnation in the new station , unlike its Virgin 1215 predecessor - predominantly aimed at the male guitar rock lover - Virgin offers "classic and contemporary pop and rock hits" for a 25-44 year old audience. It remains to be seen how it will fare against the Absolute stations that took over from Virgin in 2008.

From the evidence of day one Virgin Radio, like its new Wireless Group stable mates, suffered from some technical issues, and that's not just the expected drop-outs during the train journey. It's almost as if they're trying to recreate the same reception conditions of the old AM service. I've read of audio quality complaints about both DAB and online steaming. Hopefully these will be fully addressed quickly before people switch elsewhere. Having said that it seemed fine to me over here in France via Radioplayer.

I should also name check the other new station to launch on D2, Premier Praise, the Christian music station that went to air on Easter Sunday. Unfortunately due to a combination of the shift to summertime and a late night I missed the station switch-on, though I did catch part of Steve Fanstone's show during the day.

And finally the other station launch that was part of the Sound Digital package was British Muslim Radio, now rebranded as Awesome Radio. Whilst an audio stream has been up and running since 29 February the website offers no clues as schedule or presenters and its only tweeted six times and has just 36 Facebook followers. Listeners are invited to submit their CVs to become part of the Awesome team.
Posted by Andy Walmsley at 10:00

Hi, it doesn't look like you're aware that many areas are losing their favourite stations? More negative comments than positive on social media.

I had read that Jan. Admittedly I'm only looking from an online perspective (living in France).

Ok! It's just a bit disappointing when I see a positive spin on it!