As heard on radio 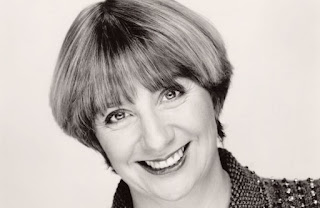 This year the Grim Reaper is, it seems, intent on populating his own light entertainment cast. Only last week we lost the supreme writer and comedienne Victoria Wood. Best known, of course, for her TV work I've had a  look at her radio appearances on the BBCGenome website.

Victoria never did have her own radio series and most of her broadcasts are guest appearances  often  singing her comic songs. Her first broadcast, at least on national radio, was a 1977 edition of Comedy Parade featuring Rob Buckman (at the time best known for YTV's Don't Ask Me working alongside Dr Magnus Pyke) and Chris Beetles. She appeared again with Rob Buckman five years later in Get the Most Out of Your Body. She popped up on Start the Week and Midweek and as a panellist on Just a MInute. Her only other panel game was I'm Sorry I Haven't a Clue in 2009.

In the mid to late 1980s Victoria was heard reading stories for children on Listening Corner and Cat's Whiskers. She was a castaway on Desert Island Discs in 1987 and again in 2007 and guested on Woman's Hour and Kaleidoscope.  In 2005 she wrote a spoof version of The Archers for Comic Relief.

But the piece of archive I've dug out is one of her appearances on the Radio 2 comedy The Little and Large Party. As far as I know this show hasn't had a repeat since its first broadcast in 1981 so it's a bit of a rarity. It was Little and Large's only radio series and for each of the eight shows Victoria provided a comic song. In this, the first episode of the series, she recalls her school days with the wireless on.