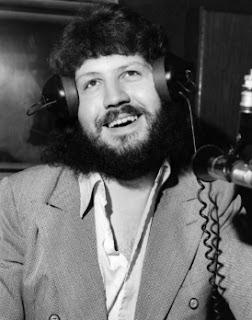 Adrian Juste: 'I remember Danny Baker's first show, I've never been so depressed in my life. I was working in the studio here trying to get the show ready and I remember DLT phoning up at about half-past-ten, I'd had a dreadful morning I remember it well, didn't get any better as the day went on, and he phoned up and he sounded heartbroken. He said "are you listening to this crap?" I said "Dave, don't depress me, I've got to go in and try and do a fun show, try and pull it off the floor at 1 o'clock." And I did, I mean how we did any comedy shows I don't know but we did some of the best shows ever, touch wood, though I say it myself.'

Unlike Juste's excuse for comedy. Though in the "Blood On The Carpet" doc as quoted, he was unintentionally hilarious.

I have 40 of his Jolly Good Shows https://www.youtube.com/watch?v=iwE2XByXAI4&list=PLW1zVfab6zEdjWU7dMlKKAce6OnLs6gQV