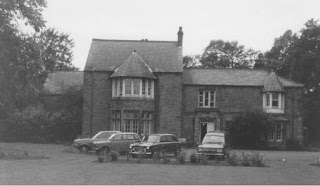 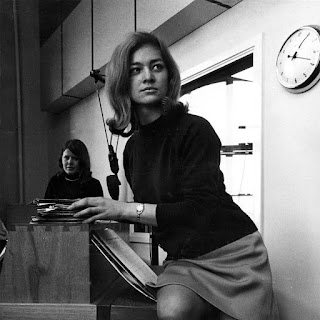 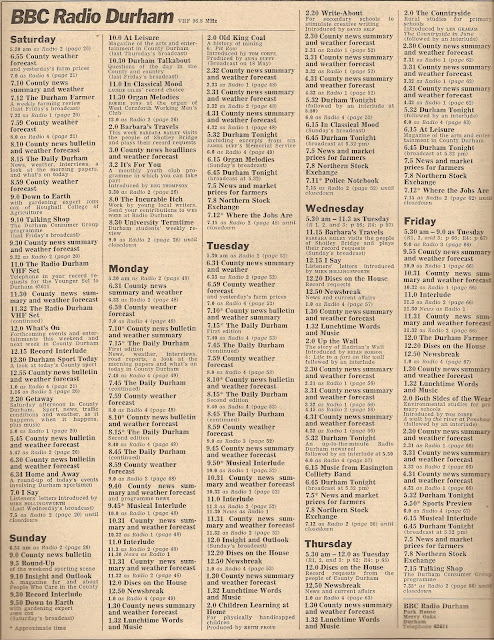 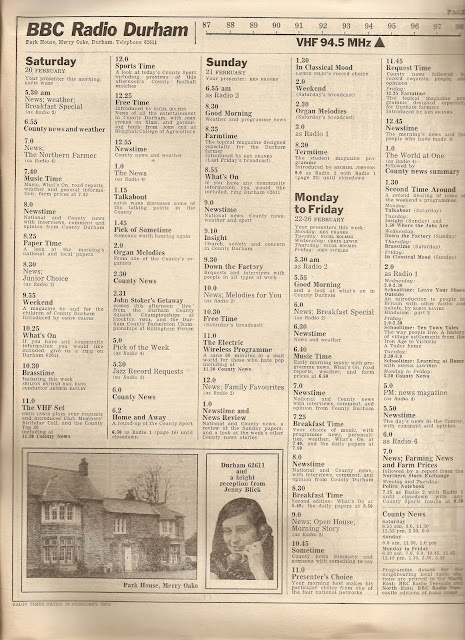 Following the opening on Radio Teesside on 31 December 1970 and Radio Newcastle on 2 January 1971 Radio Durham was effectively squeezed out and closed on Friday 25 August 1972. The Government had capped the number of BBC local stations at twenty and it was felt that the proximity of the neighbouring stations would hinder the expansion of the remaining proposed areas. This is how the  BBC Year Book reported the news: "The BBC took the decision to close down Radio Durham and to replace it with Radio Carlisle. It was felt that although Radio Durham had provided an excellent and worthwhile service since its opening in 1968, the arrival of Radio Newcastle and Radio Teesside had proved that there was no need for three stations in the North east. The whole of Radio Durham's area has now been duplicated by one or other of these stations. Radio Carlisle, however, will from its opening in 1973 fill a broadcasting gap in its locality. "

Amusing to see the 'special Radio Durham edition' of Woman's Hour in 1968; running fifteen minutes! Also, 'Where the Jobs Are' was a regular Tyne Tees TV feature, but who borrowed the title from who, I'm not sure.

Hi, This is Tony Baynes. I went from BBC Radio Durham to BBC Radio Teesside later Radio Cleveland as mentioned and from there moved off to Hong Kong where I ended up running Radio Television Hong Kong English Programme Service (Radio 3, Radio 4 and a special Vietnamese service used to dissuade Vietnam refugees from coming to Hong Kong. I ceased broadcasting in 1990 when I moved into the Business sector becoming a PR guy! Thanks for putting this blog together I have really enjoyed the memories it brought back.