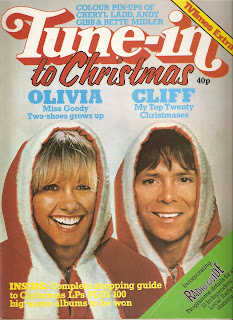 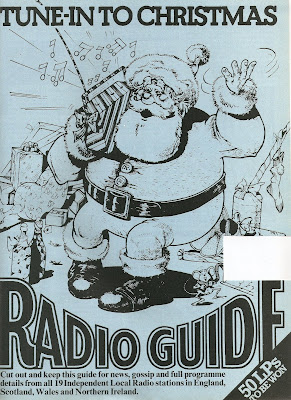 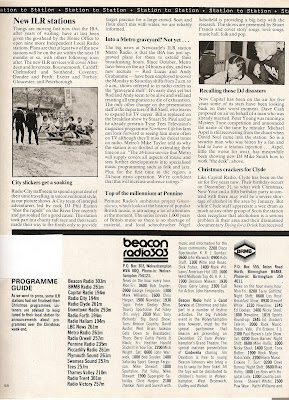 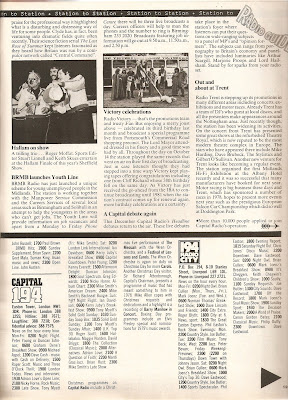 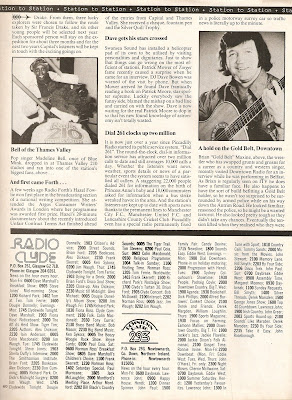 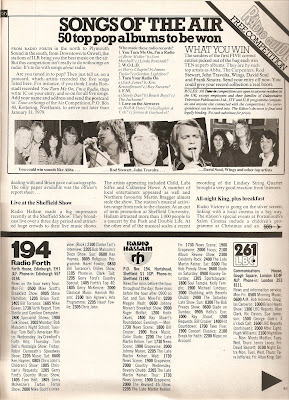 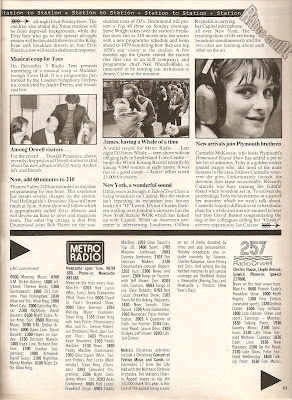 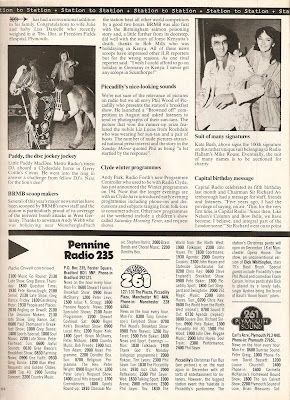 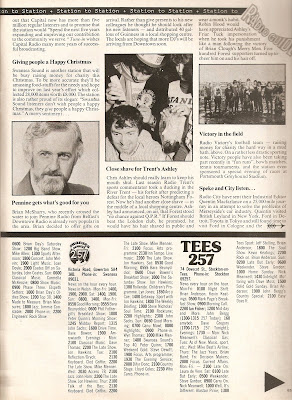 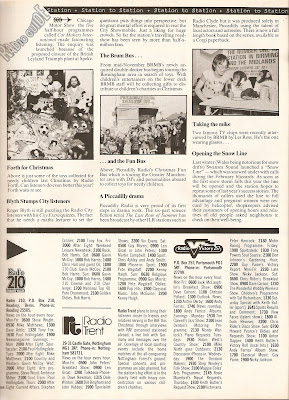 Hi Andy. Just wondering if you received my email a couple of weeks ago?

Worth noting in this context that the amount of ILR listings available online is steadily increasing as the British Newspaper Archive expands to include more 1970s, 1980s & 1990s material - just last week they added the Belfast Telegraph for the first couple of years of Downtown Radio, and during the course of this year they've added the Liverpool Echo for the first 25-odd years of Radio City, also with listings for Red Rose & Marcher, and the Newcastle Journal & Evening Chronicle for the first 20-odd years of Metro, also with listings for Tees and, later, the incremental Sun FM. These augment the Scottish listings available for free for some years via Google's Glasgow Herald archive.

Great tip off Robin, thanks.