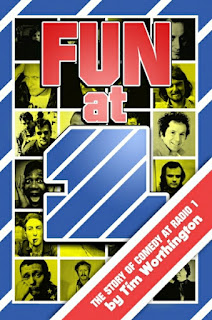 “Radio 1 and comedy are, in general, rarely mentioned in the same breath.” So reads the foreword to Tim Worthington’s new book on the subject, Fun at One.


Fun at One demonstrates that there certainly was a rich comedy seam:  from the on-air antics of DJs like Jack Jackson, Kenny Everett, Noel Edmonds, Adrian Juste and Steve Wright to something of a golden period in the late 80s and early 90s when, on the back of the alternative comedy boom, you could hear a raft of out and out comedy shows.


Worthington’s analysis starts in the Light Programme days and he picks out two influential “edgy, impulsive” shows in particular: I’m Sorry I’ll Read That Again and the little-known David Frost at the Phonograph. (I’ve not heard Frost’s shows so if any recordings exist please let me know). 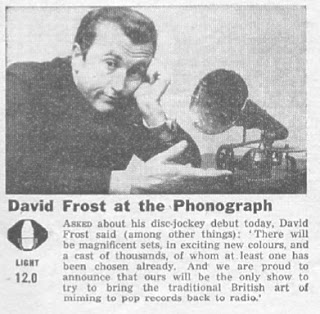 
Another early attempt at mixing music and comedy was Eric Idle’s Radio Five series (surely the inspiration for his later Rutland Weekend Television) which poked gentle fun at radio broadcasting itself.


The majority of Fun at One concerns itself with shows transmitted in the period 1989-1994, programmes in the main presented or featuring comedians, many of whom would go onto TV stardom. The roll call includes Victor-Lewis Smith, Chris Morris, Newman and Baddiel, Punt and Dennis, Julian Clary, Harry Hill, Lee and Herring, Armando Iannucci and Nick Hancock.


Over the coming weeks I’ll be dipping into my comedy archives to bring you a selection of the shows from this era in Radio 1’s history, starting with The Mary Whitehouse Experience.


Fun at One: The Story of Comedy at Radio 1 is published by Lulu at £8.99. You can hear Tim Worthington talking to Ben Baker about his book as well as the opportunity to hear some excellent podcasts of clips from many of the shows on the Talk About the Passion blog.
Posted by Andy Walmsley at 11:30

Yes, hope to put together some Adrian Juste recordings.