The Archers – Death of Doris Archer 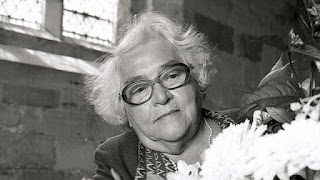 The death of any long-running drama character is always difficult to handle both for the production team and the listeners. This has challenged The Archers scriptwriters a number of times over the soap’s long history.

But back on this date in 1980 the problem was the deteriorating health of actress Gwen Berryman who played matriarch Doris Archer. Crippled with arthritis she was unable to continue recording the show and so producer Jock Gallagher decided that her character was be written out, dying peacefully at Glebe Cottage. Gwen Berryman herself died three years later.

The day before the broadcast Radio 4’s The World this Weekend covered the news from Ambridge in this report by Julia Somerville. Introducing the programme is Gordon Clough.