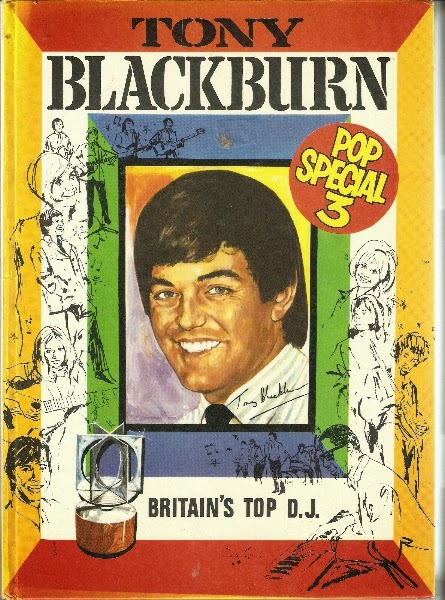 Remember Christmas mornings? Creeping downstairs to see what Father Christmas had brought you. You were sure to get at least one annual. Imagine your surprise, or perhaps disappointment, when you unwrapped your Tony Blackburn Pop Special.


Actually to be fair, it wasn’t all about Tony, the seventy-odd pages were mainly filled with photos and trivia about the latest pop sensations. This third annual, yes there were three printed between 1968 and 1970, I discovered in a second-hand bookshop in Haworth last month, eschewing anything Bronte related you’ll notice.
Our Tony was still in the ascendant, having just being voted Britain’s Number 1 DJ by readers of Reveille.  The secret of his success, we are told, is “down to his breezy nature, his corny jokes, his refusal to flap … and his real dedication to his job. It’s true enough that his job is actually Tony’s life. It’s work and relaxation at the same time!


We all remember Arnold (woof! woof!) but who remembers Gerald? On the face of it a reject from theTelegoons.
Meanwhile in the world early 70s pop there’s a feature titled Birdcall. Tony writes “There’s nothing to beat a girl, as the caveman said when he couldn’t find his club … but seriously here are some gorgeous faces that never fail to set the old Blackburn knee-caps quivering”. 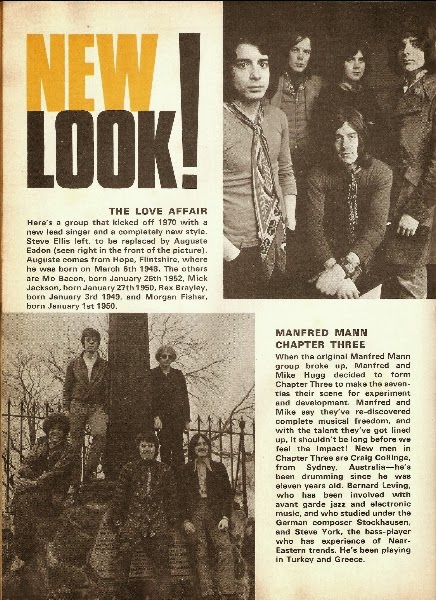 There are features on the Stones, the Hollies, the Tremeloes, Marmalade and new groups such as Pickettywitch and The Jackson Five. Ah, the memories! On page 74 here’s the new look The Love Affair and the Manfred Mann splinter group, Chapter Three.
I wouldn’t normally plug anything with Piers Morgan in but it’s worth pointing out that Tony Blackburn is his sixth victim in the current series of Piers Morgan’s Life Stories that airs on ITV1 a week on Friday, that’s 7 February at 9 p.m.
Posted by Andy Walmsley at 07:00