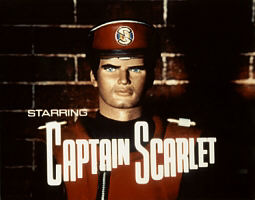 Childhood heroes come in various shapes and guises. For a generation of children of the 60s chances are it’s the indestructible defeater of the Mysterons, one Captain Scarlet.


Like many boys of my age I loved all those puppet series: Fireball XL5, Stingray, Thunderbirds, Captain Scarlet and Joe 90. Though filmed in glorious ‘Supermarionation’ we saw them in good old black and white. I remember every Friday walking round to the newsagents in Brough with my Dad - he was going for that night’s copy of the Hull Daily Mail - to pick up the latest issue of the TV21 comic. I’d pour over those blowout diagrams of the gadgets and vehicles.  Shame I didn’t keep them, they’d be worth a fortune on eBay. 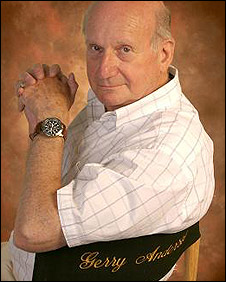 Anderson’s series led to the creation of a whole set of Corgi toys. I had the blue Spectrum Pursuit Vehicle (inexplicably the driver sat facing backwards and drove with the aid of a monitor).But mostly I yearned to have Joe 90s attache case, I never did get it. 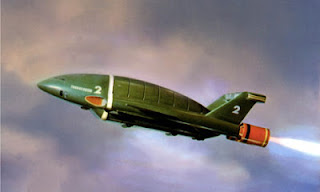 As a tribute to Gerry Anderson, who died earlier this week I’ve dug out this edition of the Radio 4 arts programme Kaleidoscope from 1987. Broadcast at the time of Anderson working on a new project, Space Police, its presented by Christopher Cook.  You’ll hear not only Gerry Anderson himself but also Lew Grade, special effects supremo Derek Meddings, puppeteer Christine Glanville and actors Francis Matthews, Ed Bishop and David Graham.