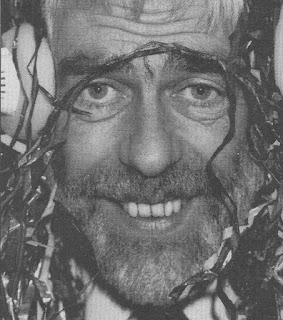 Bloopers. Cock-ups. Radio fails. Call them what you will, with so much live radio things can, and do, go wrong. In this short series of posts I'll be recalling the times when broadcasters really wished thay could take that again.

For many years the principle archivist of radio gaffs was Jonathan Hewat (pictured above). He collated compilations initially for BBC Radio Bristol and then on Radio 2 (Can I Take That Again?) and Radio 4 (Bloopers) as well as a series of tapes and CDs for the British Wireless for the Blind.


I'll be posting editions of Can I Take That Again? in the coming weeks but in the meantime he's a one-off programme from 1991 titled New Year's Resolutions for Broadcasters. Heard on Radio 2 on 30 December 1991 it features some well-known examples of the genre including the infamous 'leg over' incident.