This is Valletta Calling 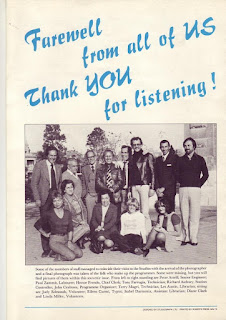 Whilst reading about or researching a certain generation of broadcasters - I'm thinking of the likes Brian Matthew, David Jacobs, John Dunn, Keith Skues, David Hamilton and Peter Donaldson - there's one common aspect to their career: that they first gained their experience on the airwaves of British Forces radio.

I was reminded of this last year whilst holidaying in Malta. The island had been home to BFBS radio until 1979 so I set about discovering more of the station's history.

The studios of BFBS Malta were in part of the barracks at St Francis Ravelin in Floriana, a kilometre or so outside the walled capital of Valletta. When the British forces vacated Malta in 1979 the building was handed over to the Government and was now the base for the Malta Environment and Planning Authority. Finding the building should have been straightforward but I lost my way and popped into a local newsagent for directions where I discovered the Maltese refer to it as "meepa" rather than M.E.P.A.

I'd already arranged to have a quick look around the complex and take some photos after getting the OK from Peter Gingell, the Communications and PR Manager, rather than risk being stopped at the gate by security or, worse, arrested by the Maltese Police. There's no obvious evidence of the building's former use but the colonnaded arcades are immediately recognisable from some of the old photographs I've seen online. 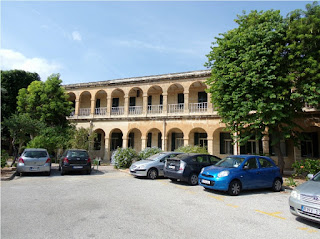 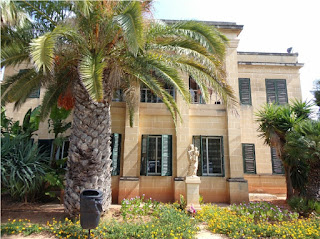 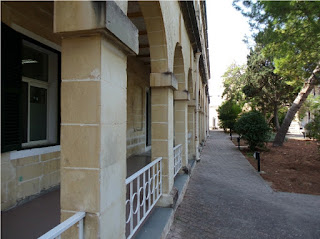 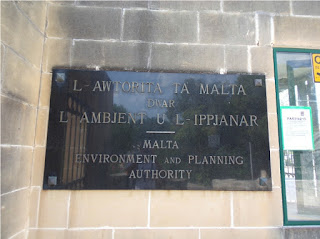 Malta's tiny size (if Sicily is the football to Italy's boot, then Malta is a golf ball) belies its strategic and political significance. Part of the British Empire since 1814 it played an important role during the Second World War and endured continual bombardment for which the island was awarded the George Cross.

In the aftermath of the war, in 1947, plans were made to shift the base of the Forces Broadcasting Service for the Middle East to the island. The studios would be based at St Francis Ravelin but the short-wave transmitter site had been acquired by the Royal Artillery. Ultimately the idea foundered due to lack of resources. There were plans for two continuity studios, a control room and a recording channel but the delivery of the short-wave equipment to Zonker Point delayed full transmissions until 1950. But by March 1951 the station was forced to close when the decision was made to shift operations to Fayid in Egypt.

A radio service returned to Malta, albeit briefly, in 1953 at the insistence of Lord Louis Mountbatten, then Commander-in-Chief of the Mediterranean Fleet. He decided that the fleet should have its own VHF radio service. The MFBS broadcast from a studio in Lascaris Ditch (the site of the war rooms that are now open to the public and are well worth a visit) with records borrowed from FBS Tripoli and Transcription Service discs from the BBC.

I can't exactly establish when the MFBS closed, possibly it was 1955 when Mountbatten moved on, but the Forces Broadcasting Service returned to Malta in 1959, though again it was beset with funding problems. In 1963 the BFBS Director noted that the Maltese service had "inadequate staff and obsolete technical facilities." Further funding was agreed but it was not until 1967 when equipment was returned from Nairobi and Tripoli that the studios and transmitter got an upgrade.

Malta gained independence in 1964 but British forces remained in place. The importance of a properly equipped station with professional broadcasters, rather than relying on volunteers, was seen as crucial especially in times of an "internal security situation", as they euphemistically called any local unrest. New staff were in place and a stereo VHF service was eventually in operation on 2 June 1970 when the London-based Family Favourites presenter Michael Aspel  (below with Ted King and Kay Donnelly) formally opened the new studios. 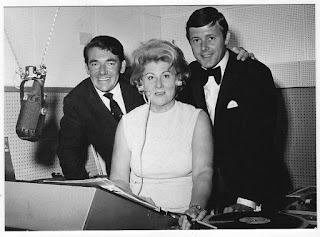 The British presence in Malta, and with it the BFBS station, seemed to be coming to an end when Dom Mintoff's Labour Government was elected in June 1971 and he called for all British troops to leave by January, later moved to March, of the following year. In 1972 BFBS managed to broadcast an edition of Family Favourites from HMS Bulwark, moored in the Grand Harbour for the evacuation. However, at the eleventh hour Mintoff struck a deal with the UK and NATO allowing the service to stay; BFBS Malta re-opened for business that June.

In January 1978 the station refreshed its sound with longer programme sequences and round the clock broadcasting (the so called Format 77). That same year RichardAstbury, who would become a very familiar name to BFBS listeners around the world, arrived in Malta. He was briefed that British Forces would indeed be pulling out as soon as practicable. The political situation was becoming more and more tense and that summer Astbury was asked to drop any news about Malta from the news bulletins. At the time the station relied on the 'rip and read' teleprinter service of the BBC's General News Service during the day and carried a relay of the World Service overnight.

The situation came to a head in July 1978 when a news story came through about Dom Mintoff's daughter having been arrested in London for throwing horse manure from the Public Gallery in the House of Commons. Richard Astbury checked whether the World Service had carried it, which it had, so he included it in a bulletin. That evening he was summoned to report to the British High Commissioner who told him that the Foreign Office had ordered that BFBS should cease broadcasting from midnight. Escorted back to the studios he did indeed close it down. For the next three months nothing but a test tone was broadcast.

Eventually, by October, the ban was lifted and BFBS Malta continued for its final six months. In March 1979 the British had withdrawn and again it fell to Richard Astbury to do the honours: "Queues of locals turned up at the front door with flowers and gifts to say thank you and farewell. Having made the closing announcement we threw a cocktail party for friends of the station and it was almost over. The following afternoon I met representatives from the Malta government and handed over the keys. BFBS Malta closed for good."

This audio is provided by Juergen Boernig of the BFBS RadioShow Archive:


With thanks to Peter Gingell of MEPA, Juergen (JP) Boernig at Radio International and Alan Grace author of The Link with Home - Sixty Years of Forces Radio (BFBS 2003)
Posted by Andy Walmsley at 12:00

Email ThisBlogThis!Share to TwitterShare to FacebookShare to Pinterest
Labels: BFBS