We are told that 80% of new cars have digital radios fitted as standard. In this post I go back to 2000 when the percentage was probably 0.8%.

In the first post in this series I looked at the BBC's Digital Radio Bulletins  between August 1999 and January 2000. I pick things up with the fifth edition from March 2000. 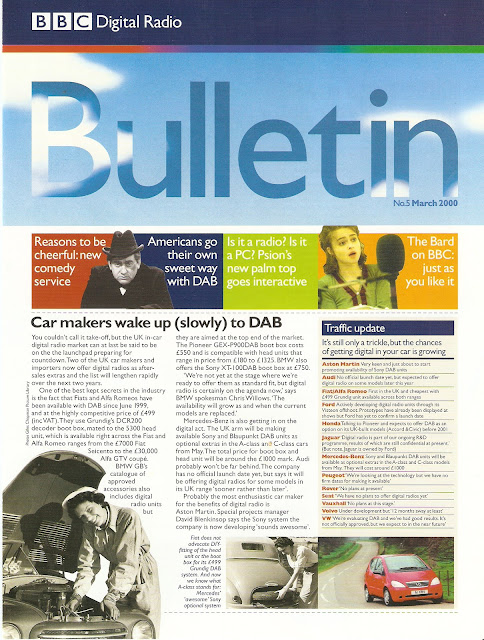 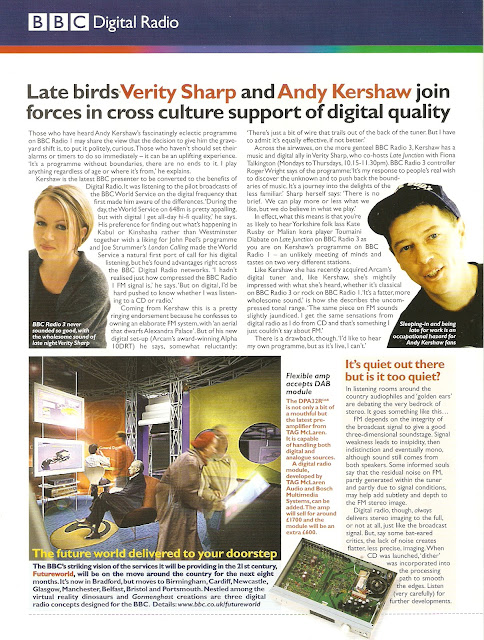 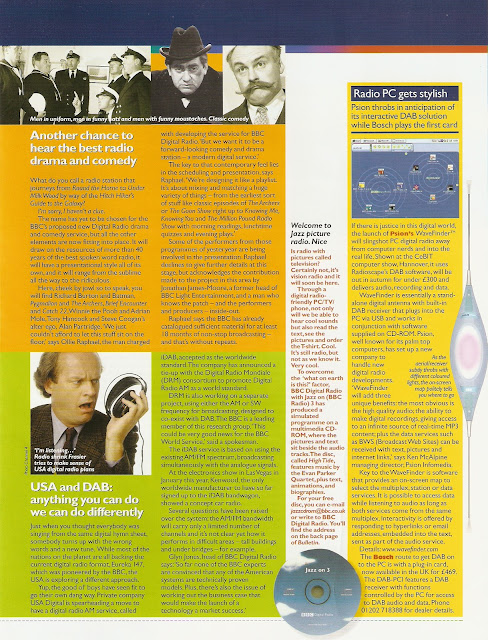 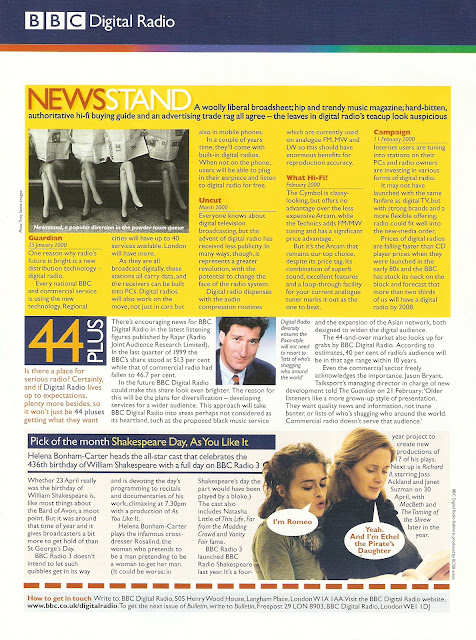 By a neat bit of coincidence the installation of in-car DAB is the lead story. Both Fiat and Alfa Romeo offered Grundig DCR200 decoders in the boot with a 5300 head unit, all for £499. BMW used a Pioneer GEX-P900DAB boot box for £500 coupled with head units priced between £180 to £1325. All very pricey.

Meanwhile the BBC was planning an as yet unnamed digital radio drama and comedy service. Ollie Raphael stated that the service had "already catalogued sufficient material for at least 18 months of non-stop broadcasting - and that's without repeats." 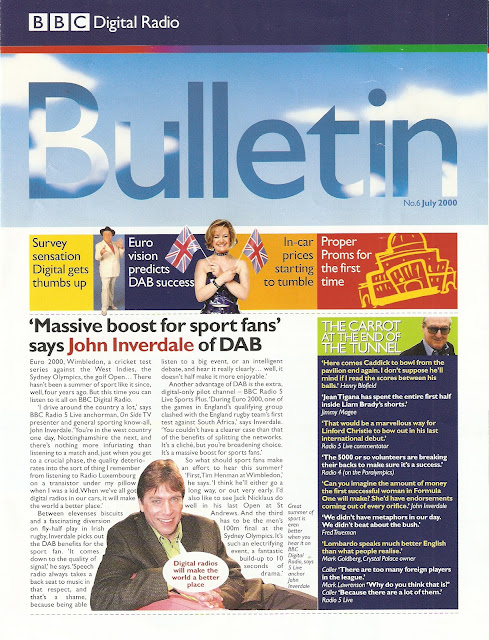 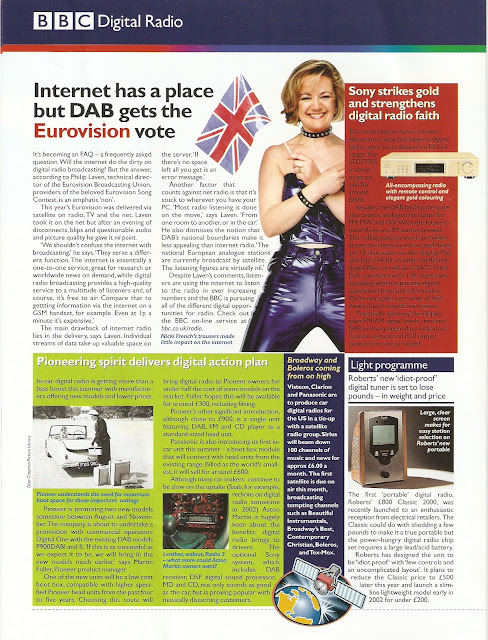 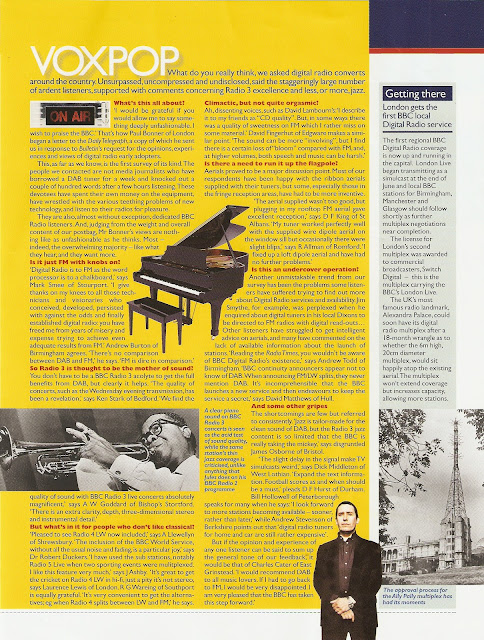 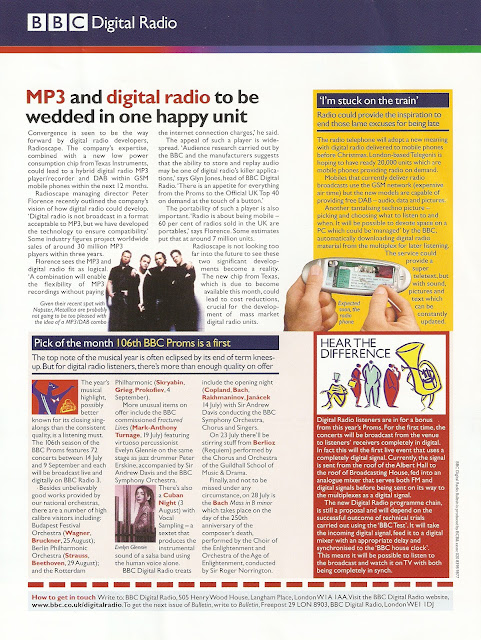 Bulletin number 6, issued in July 2000 (and the last one I have in my archive) leads with sports coverage and John Inverdale extolling the virtues of a clear signal and the ability to cover more matches on the pilot Radio 5 Live Sports Plus channel.

An article on page 2 raises the question as to whether internet broadcasting would "do the dirty" on DAB. "The main drawback of internet radio lies in the delivery", says Philip Laven, technical director of the EBU. "Individual streams of data take up valuable space on the server. If there's no space left all you get is an error message."

Radioscape were developing a hybrid digital radio MP3 player/recorder and DAB within GSM mobile phones "within the next 12 months". In another development, predicting some of the principles of the iPlayer, "it will be possible to devote space on a PC which could be 'managed' by the BBC, automatically downloading digital radio material from the multiplex for later listening".

Finally a quick look at digital television. From 1998 comes this promo mainly for BBC Choice linked by Kaye Adams. Noughts and Ones aired on BBC1 on 15 November 1998.


On the eve of the launch of ITV2 this short promotional programme started with a dig at the BBC's approach. ITV2 - A Different View was broadcast on ITV on 6 December 1998.