The Blue of the Night 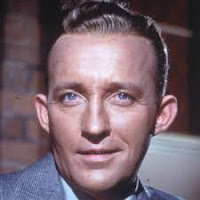 On 14 October 1977 Bing Crosby had just completed a round of golf. Par for the course, if you'll pardon the pun, as most days the old crooner could be found hitting it 'straight down the middle'.  After all this was the man that had invested in early tape recoding technology to allow his hugely popular radio shows to be pre-recorded so he could spend more time out on the course.

Having played the 18th hole at Spain's La Morajela course Bing was heading back to the clubhouse when he was felled by a massive heart attack. It was a shocking, if fitting, end to the life of one of the century's most popular singers whose career had spanned the jazz age to the arrival of rock 'n' roll and beyond.

Just four days earlier he'd sung in what was to be his last public performance in concert at the Brighton Centre at the end of a short UK tour. The following day, Tuesday 11 October 1977, he was at the BBC's studios in Maida Vale to record some songs with the Gordon Rose Orchestra for a programme introduced by Alan Dell. That session was Bing's last recording. 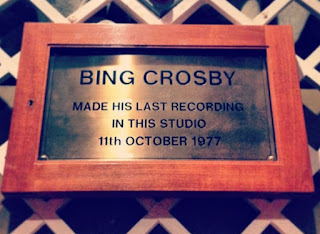 The songs committed to tape that October were finally broadcast on Tuesday 27 December on BBC Radio 2 in an hour long special that also included songs, recorded at a separate session, by Rosemary Clooney who'd accompanied Bing on the UK tour.


Here's the full broadcast of Bing's radio swansong as heard on Radio 2 that holiday Tuesday complete with continuity announcer David Bellan. This isn't my recording and I don't recall how I came to be in possession of it, so I can't pass on the usual thanks. I've prefaced the show with the voice of Gordon Rose explaining how the BBC recording session came about, this extract is taken from the recent Bing Crosby in The Road to Rock and Roll broadcast earlier this year.