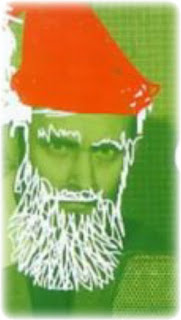 You have to hand it to Father Christmas, he's really has got the work-life balance in his favour. One, admittedly knackering, day visiting all the children in world and the rest of the year to put his feet up. Or so it would seem.

In this interview with Father Christmas, not heard for over 50 years, we get to hear that when he's not organising the gifts for the kiddies ("axes, pistols, do-it-yourself murder kits") or doing battle with traffic wardens when he has to park the reindeer, then he is, in fact, a BBC commissionaire - "the one that stands outside and doesn't open the door for you."
Posing the questions to the man himself is BBC reporter Greville Havenhand in this extract which probably comes from an edition of Radio Newsreel, though I can't date it with any precision.

If you think that Father Christmas sounds a little like Spike Milligan then you'll appreciate this contribution to Punch about his family Christmases and his attempt to disguise himself as Father Christmas that ends in disaster. This article comes the edition of Punch dated 4 December 1974. 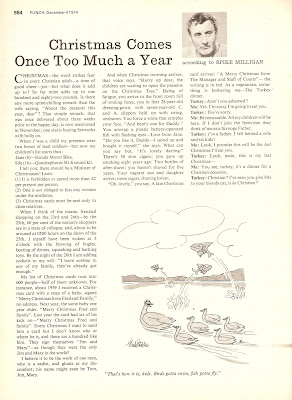 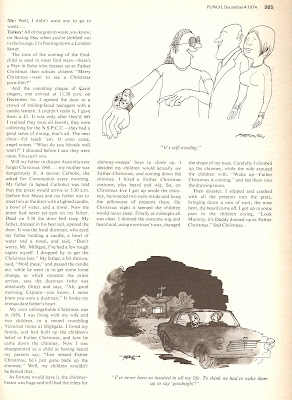 There's more Spike over Christmas on the radio. As well as the Operation Christmas Duff episode of The Goon Show, Radio 4 has a dramatisation of his comic novel Puckoon with Ed Byrne, Barry Cryer, Pauline McLynn and his daughter Jane Milligan.

With thanks to Tim Havenhand