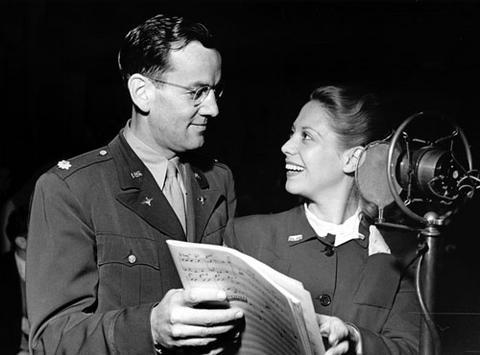 On D Day+1 the BBC launched the Allied Expeditionary Forces Programme (the AEF) on 285 metres, a joint venture between the Corporation, the American Forces Network and the Canadian Broadcasting Corporation.


Announcing the new service at 05.55 Double British Summertime on 7 June 1944 was Franklin Engelmann.


The signature tune Oranges and Lemons (played on the nova-chord) was followed by Rise and Shine co-hosted by Sergeant Dick Dudley from the USA and A/C2 Ronnie Waldman from the BBC (later Head of Light Entertainment in the post-war TV service). The AEF Programme gave listeners in Europe the chance to hear US shows such as Amos and Andy, Command Performance, The Bob Hope Show and the sound of Glen Miller and his Orchestra (Miller pictured above with Dinah Shore). Canadian Robert Farnon was also a regular broadcaster as conductor of the Canadian Band of the Supreme Headquarters Allied Expeditionary Force. AEF announcers included Margaret Hubble and Jean Metcalfe.


The service closed down on D Day + 417 (28 July 1945) and in the final programme Ronnie Waldman played a number of versions of the Oranges and Lemons.


Margaret Hubble was on hand to make the final closing announcement. She would become a regular announcer on the BBC Light Programme and presenter of Woman’s Hour. 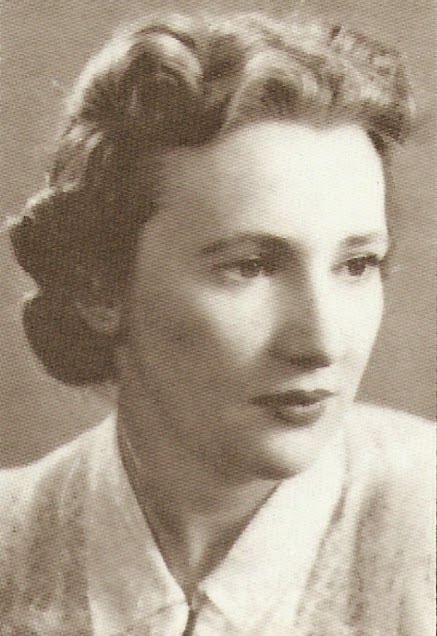 This programme was broadcast on BBC Radio 2 on Thursday 7 June 1984. The producer was Ken Evans. The continuity announcer is Tim Gudgin.