2016 took its toll on the entertainment world  with the passing of many major actors, singers and comedians. Radio too marked the loss of four DJs each of whose careers had spanned about five decades. All four famously appeared in that group shot to mark the launch of BBC Radio 1. They are, on the back row, Jimmy Young and Dave Cash, in the middle Terry Wogan and seated at the front Ed Stewart. 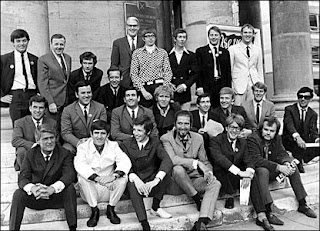 I've written about Jim, Dave, Terry and Stewpot during the year. But as 2016 draws to a close here's a further opportunity to enjoy their work. 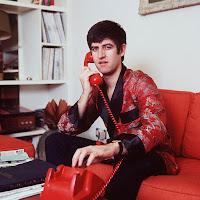 Ed presented a revived version of Junior Choice live every Christmas Day on Radio 2 between 2007 and 2015. The playlist was virtually the same every year - festive pop classics mixed with all the children's favourites and novelty songs - but listeners loved it. Here's the complete programme from Christmas 2009. Reading the news is Fran Godfrey.


Between 1991 and 1999 Ed had a daily afternoon show on Radio 2. His final show was on Friday 2 July before he was moved to a Sunday afternoon slot. Here's the majority of that programme. Yet again the perils of recording on a C90 means that the tape turn falls in the middle of the Accumulator Quiz. Taking part in the final run is quiz junkie Isabelle Heward - she's in the current series of Mastermind and has appeared on The Weakest Link, The Chase, Only Connect, Counterpoint, Countdown and 15-1. Also featured are Barbara Windsor, Hilary Oliver, Radio 2 controller Jim Moir and, for some reason, Victoria Beckham's dad, Tony Adams. With the travel news is Sally Traffic and reading the news Colin Berry. 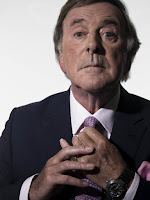 For nine years, 2000 to 2008, it was a Christmas morning tradition for Radio 2 to feature a show with Our Tel. All recorded of course, Terry would no doubt be at home helping "the present Mrs Wogan"  to peel the veg. This is a delightful slice of audio archive from Christmas Day 2007. Assisting Sir Terry are Deadly, Boggy, Lynn and Barrowlands Boyd in a tribute to Mrs Gaskell, Scranford, a panto and a Janet and John story.

Dave hosted what would be his final shows, The Dave Cash Countdown as well as Dave Cash Country, on the weekend of 15th and 16th October. Here's the penultimate Saturday evening retro chart show as heard on BBC Radio Kent on the 8th of October playing hits from 1968 and 1978.

I've posted this before but this is Dave's guest appearance on Pirate Johnnie Walker as heard on Radio 2 on 27 December 2009.

When Jimmy died last month he hadn't been on air with a regular show for 14 years as he'd been given the boot by Radio 2 in December 2002. My tribute to Jimmy includes his final show and his penultimate one is on MixCloud. But here's 80-odd minutes of the anti-penultimate show from Wednesday 18 December 2002.

Jimmy did present other shows on Radio 2, he took turns on Radio 2 Top Tunes and Two's Best for instance. But here he is as the compere of a concert that very much features the kind of music he probably would've first introduced on the Light Programme. The Golden Age of Radio was broadcast on 22 February 1992 live from the White Rock Theatre in Hastings. The BBC Concert Orchestra is conducted by Bramwell Tovey and the guest pianist is Alison Procter. I'm grateful to Paul Langford for this recording (which is edited).
Posted by Andy Walmsley at 08:10