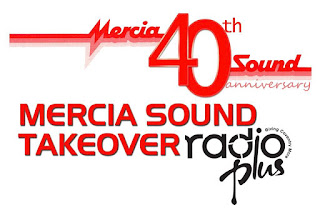 Forty years ago the second tranche of local commercial radio stations came on-stream. CBC in Cardiff arrived in April and in May 1980 Mercia Sound. Based in a former working men's club in Hertford Place in Coventry it was the third station in the West Midlands, joining BRMB and Beacon. 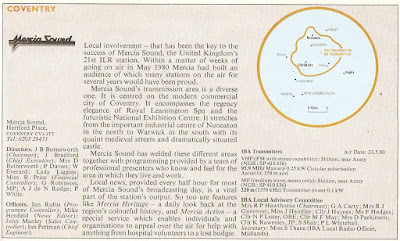 Though the Mercia name was subsumed into Free Radio in 2012 a 40th anniversary reunion had been planned for this month. The coronavirus pandemic put paid to that but, thanks to Coventry community radio station Radio Plus, based in those old Hertford Place studios, there was a six-hour Mercia Sound takeover last night. Taking part were John Bradford, Mike Henfield, Gordon Astley, Dave Jamieson, Stuart Linnell, Tony Gillham, Mark Keen, Andrew Lloyd, Julie Carter-Lowe, Paul Robinson, Clive Parker-Skelhon, Ian Shep Shepherd and Simon McAusland.

The audio has been uploaded by Kevin Sykes who provided much of the archive material.