…to put back your clocks one hour tonight. 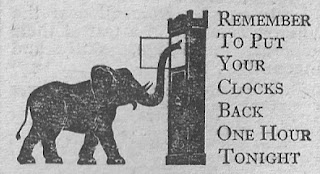 As summer time hours end in the UK and across Europe tonight how about a reminder of the days when the Radio Times used to produce what it rather cosily called its Fireside Issue. 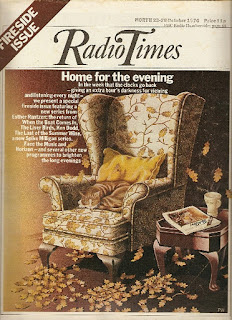 The BBC marks the top of the hour with the pips and still occasionally broadcasts the chimes of Big Ben, most notably at 6 p.m. and midnight on Radio 4. But I was reminded of the occasions when Big Ben was out of action when I received an email earlier this year asking me about Great Tom.

Great Tom did indeed ring a bell! It was in 1977 that Big Ben was under repair and the BBC would broadcast the bell Great Tom at St Paul’s Cathedral. It just so happened to have been used on Radio 3 on Sunday mornings before the news summary  and by chance I have a recording I made that year.
>

Great Tom had been broadcast regularly before back in 1956 when, I assume, Big Ben was out of commission.

I must tell my youngest about this as he's called Tom!