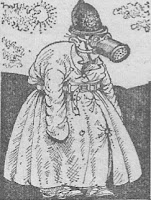 “You get right up my nose you do pal.” In a week when the BBC announces cutbacks in the amount of comedy on Radio 2 I recall one of the most popular comedy shows of the 1980s.

Hi Andy,
Just a note to let you know that your blog is very much appreciated and has brought back some very fond memories, particularly of Radio 2 and Radio 3's announcers gone by. Keep up the great work!
All the best,
John

I loved The Grumbleweeds - I'm downloading these as I write - I always loved the format of their shows which really worked on radio - it never quite transferred to TV unfortunately but I'd love to see them live.

Thanks Andy. I downloaded these a while back but failed to say "thanks".