Down Your Local - Radio Orwell

This is the sixteenth post in a series looking at the original nineteen ILR stations. This week Radio Orwell.
Airdate: 28 October 1975
Still on air?: No. Now part of the Heart group.

Radio Orwell was the first local radio station in East Anglia-the BBC still classed the area as one of their “regions” and Radio Norfolk only went on air in 1980. Orwell operated out of Electric House in the centre of Ipswich. 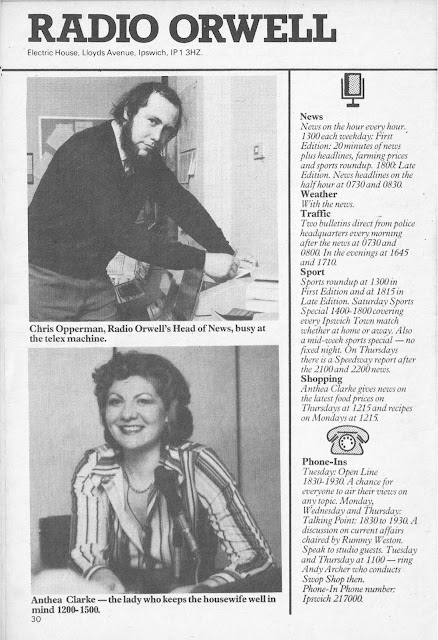 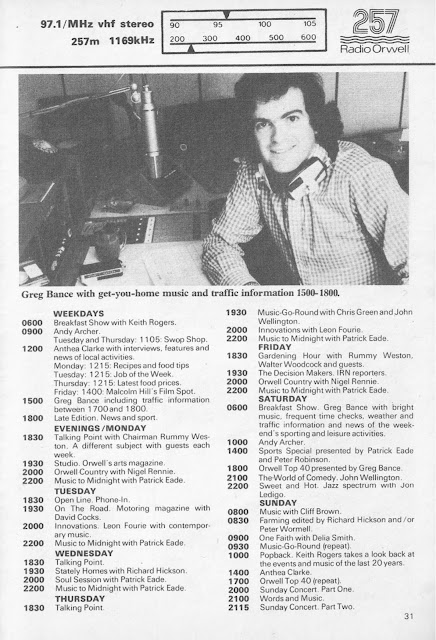 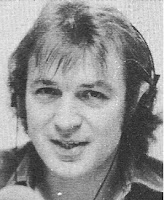 With its base just in from the Suffolk coast it seems natural for Orwell to have had a connection with the old pirate ship stations. Orwell’s ex-pirate was Andy Archer (born Andrew Dawson) whose claim to fame is to be the only DJ to have worked on the offshore stations in the 60s, 70s and 80s. After a brief stint on Radio City in 1965 Andy was in the RAF for a couple of years before going back to sea and working for Radio Caroline, in its post-Marine Offences Act days, working alongside the likes of Johnnie Walker and Roger Day. (A few years later he would become one of the first people to be prosecuted under the Act). In 1970 he got a call from Roger to join the team at Radio Nordsee International (RNI). Just after leaving for Holland he received a telegram offering him holiday relief cover for Dave Cash on Radio 1 – an opportunity he later regretted having missed. Andy would later re-join Caroline and also work on Radio Seagull before going legit and becoming a continuity announcer for Tyne-Tees. From TV it was back to radio and joining the launch team at Orwell.
Throughout the 80s Andy Archer did the rounds of a number of commercial stations – Devonair, the short-lived Centre Radio, County Sound, Invicta Supergold, Mellow 1557 as well as a further period on the re-launched Caroline and a return visit to Orwell. He was also on the original team at North Norfolk Radio in 2003. Inevitably, as with many of the old ILR jocks he started to work for BBC local radio, initially in Suffolk and latterly back in his home county of Norfolk – his final show on the station was in April this year.
The other ex-pirate was Greg Bance although he also had something of an identity crisis whilst working in pirate radio appearing as Roger Scott and Arnold Layne. Greg was on Radios Essex, 270, 390, Caroline South and RNI. But it was as a television continuity announcer that Greg was mainly employed working at most of the ITV stations – Harlech, Anglia, Granada, Tyne Tees, Southern, HTV, ATV and London Weekend.
On the radio Greg was at the United Biscuits Network for a short while. As well as Orwell he was a DJ on Breeze, Beacon, Two Counties and Melody Radio as well as reading news bulletins on IRN.
Orwell’s third pirate was breakfast host Keith Rogers – who also broadcast as Dave Rogers but had been born Ernie White. Keith was also on RNI as well as Radio Atlantis. Back in the UK he worked at Radio City before moving to Ipswich and Radio Orwell. Essex Radio, Breeze and Mercury followed before he dropped out of broadcasting altogether.
Next comes the British Forces Broadcasting Service (BFBS) connection.
Music to Midnight presenter was Patrick Eade. Patrick started in hospital radio on HRI in Ipswich before joining Orwell. In 1982 he was part of the launch team at Wilshire Radio before joining BFBS three years later. With the BFBS Patrick has broadcast around the world; from Germany at the time the Berlin Wall came down, from the Balkans on BFBS Skopje and in the Middle East following the invasion of Kuwait. He still broadcast on BFBS2 and is now Managing Editor, Defence & Welfare.
With Orwell Country two nights a week was Nigel Rennie. He maintained an interest in country music, later picking up a UK Country Music Award in 2002 whilst at BBC Radio Essex. Nigel is currently a presenter and producer for the BFBS in Cyprus, though he is currently posted to Brunei.
Not yet nationally famous as the country’s favourite tv cook Delia Smith was on Orwell each Sunday morning with One Faith. I guess that aside from her cookery and love of Norwich City football club Delia is known for her religious faith. She was christened into the Church of England before converting to Catholicism in her early-20s.
Programme Controller Australian John Wellington, who also made a couple of appearance on-air during the week, had worked at Capital and then Metro Radio before setting up Orwell. He performed a similar role at Essex Radio and Radio Mercury.
Also worthy of mention is Leon Fourie with Tuesday night’s Innovations. Leon had learnt his craft in South Africa on LM Radio (in Lourenco Marques) where he was the first DJ in the country to champion progressive rock. He went on to present a programme on Swazi Music Radio, also called Innovations. In the UK from 1974 to 1989 to returned to his native country where he was a voiceover artiste.
With On the Road, a motoring magazine, was David Cocks, the station’s Head of Sales. David continued to work for Orwell and then Suffolk Group Radio and now holds an executive position at the Tindle Radio Trust.
I can find absolutely no information about Anthea Clarke. If you know anything about her please contact me.
This is the station information published in January 1978: 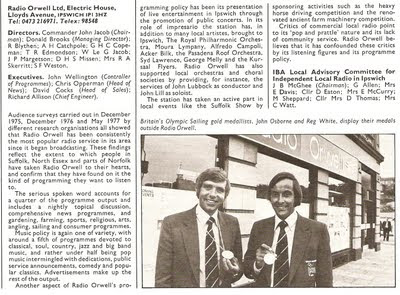 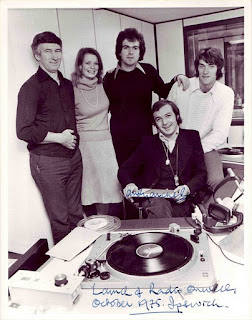 This picture features some of Orwell’s on air team in 1975 - Harry Rowell. Kate Glass, Greg Bance, Keith Rogers & Andy Archer. Harry had been at Metro Radio before joining Orwell. In 1977 he got the opportunity to cover on Radio 2 for a holidaying Pete Murray.
Harry Rowell with Pete Murray


Web Link
Radio Orwell Jingles
Some material in this post comes from the Remembering Radio Orwell Facebook group.
Posted by Andy Walmsley at 02:00

Hi, great article. You may be interested to know that Keith Rogers has returned to broadcasting and now presents the afternoon Drive show on Phoenix FM in Brentwood.

I'm from Gent , Belgium and did hear Radio Orwell 275 to one day when Radio Mi Amigo on the MV Mi Amigo was off air when the where raided by the GPO or the Police I'm not shure about ho it just was ? But it was in 1975 and I was able to hear Radio Orwell with a very nice signal. I also did make a recording I still have it and did make a copy on mini disk. Lets see if I can find it so I can put it on line here ?

What a great blog. Anthea Clarke is my mum!